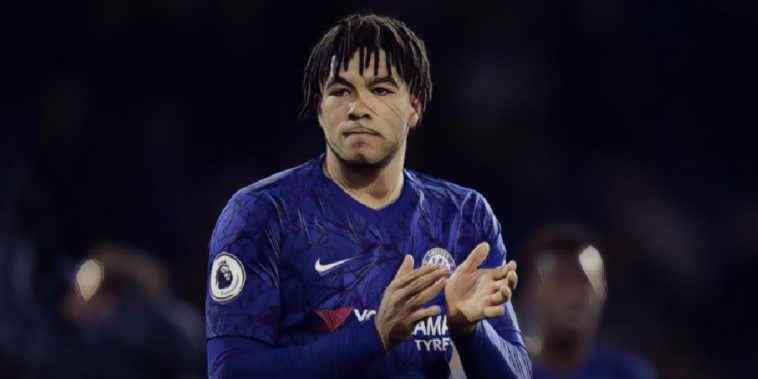 Pat Nevin has lavished praise on Chelsea’s Reece James and likened the right-back’s crossing ability to that of former England captain David Beckham.

James has made a huge impression for Frank Lampard’s side in recent weeks, being named as the Man of the Match in consecutive fixtures following impressive displays in wins against Nottingham Forest and Burnley.

The 20-year-old’s performances have stated his case for inclusion as an automatic starter at Stamford Bridge, the academy graduate having shone defensively whilst proving a dangerous threat going forward.

James’ ability to deliver from wide areas has been a notable aspect of his play since emerging in the first-team, and former Chelsea winger Nevin has now compared the full-back’s crossing technique to that of a Premier League great, David Beckham.

“One skill that looks much easier than it first appears is sending in a vicious cross at pace, with perfect direction while on the run,” Nevin told the Chelsea website.

“Think of David Beckham at his best, his crossing was his finest attribute by far, and suddenly you realise that being brilliant at one particular skill can get you a very long way in the game. I mention Beckham because the quality of crossing that we see most weeks from Reece James reminds me of his level.

“Hyperbole is common in football, but I hope I am not afflicted by the temptation to go down that route too often, so talking about Reece in that company hopefully means something.

“It is easy enough to put a ball into that area between the defence and the keeper but it is much harder to do it unerringly with pace so the defenders are scared to touch it, the keeper has no chance of coming out to collect it and all the forwards have to do is get on the end of it with any sort of touch. Kevin De Bruyne has that ability along with his many others, but it is rare to that level.

“Reece is extraordinary in this area but looking at his performances of late it is becoming very clear that he is long away from being a one-trick pony. His tackling and recovery have been exceptional and still appear to be improving at a pace. His comfort on the ball is remarkable for one so young. In fact it is already impossible to think of him as a ‘raw’ 20-year-old.

“He turned out last season for Wigan and as we all know, he was named player of the year for the Latics and had more appearances than anyone else at the club.

“That is superb in itself, but there were some seasoned Wigan fans at the end of the campaign who were seriously asking the question, ‘Is Reece James the best footballer ever to play for the club in its entire history?’ A bold suggestion, but even asking the question speaks volumes for a youngster only there for a season on loan.”

See also – Premier League Team of the Week for Gameweek 22