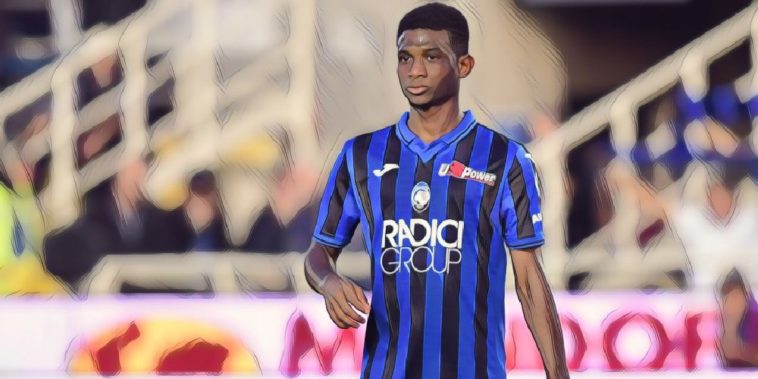 Atalanta have admitted defeat in their attempt to re-sign Amad Diallo on loan from Manchester United, as the teenage winger prepares to complete his move to the Premier League.

United agreed a deal worth an initial £21m for the 18-year-old in the closing stages of the summer transfer window, though the winger remained with Atalanta and has made two substitute appearances so far this season.

Diallo is expected to finalise his move to the Red Devils in the coming days with the club currently awaiting a work permit for the youngster, though Atalanta boss Gian Piero Gasperini admitted at the weekend that he was keen to keep the player until the end of the campaign.

“The transfer market? We are fine, the club is attentive. There is an internal solution within the club that could be very interesting, even if the team is fine: it is Amad Diallo,” Gasperini said ahead of Atalanta’s Serie A clash against Sassuolo on Sunday.

“It is clear that he is going to Manchester United, but he could still remain here for a few months with us.

Amad Diallo is now flying to Rome. He’ll complete paperworks and documents to join #mufc, then when everything will be completed [in the next few days] he’ll fly to Manchester. 🔴 #ManUtd @Amaddiallo79 pic.twitter.com/sTQ4BjBuXR

“I like him a lot, he’s only 18. I’d like him to stay until June, obviously it depends on his club.”

Diallo has since posted pictures of him on a plane – apparently to Rome to finalise the paperwork for the deal – though nothing has yet been announced despite Ole Gunnar Solskjaer’s admitting last week that he is ‘very excited’ about the teenager’s imminent arrival.

Gasperini has now admitted there has been ‘difficulties’ in finalising the transfer but believes the deal will be concluded for Diallo to become a Manchester United player.

“There seemed to be transfer difficulties but as soon as they are unlocked the player clearly goes to Manchester United,” Gasperini told the media on Tuesday, as per Corriere Dello Sport.

Read Also – From Robbo to Crouchy, the ten must-follow footballers on Twitter