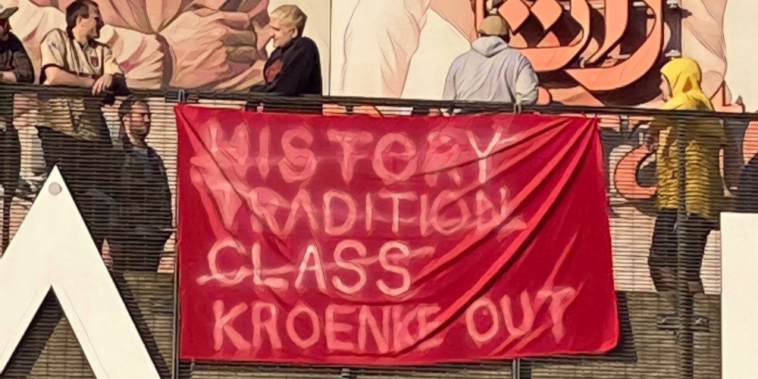 Mikel Arteta has urged his Arsenal players to ignore talk of a potential takeover and concentrate on winning football matches.

Arsenal host Villarreal in the second leg of their Europa League semi-final tomorrow evening, the north London side looking to complete a comeback after losing the first leg 2-1 in Spain.

Much of the talk heading into the clash has centred around a potential takeover at the Emirates, with Swedish billionaire, Daniel Ek, having called on the help of club legends Thierry Henry, Dennis Bergkamp and Patrick Vieira in a bid to oust the unpopular ownership of Stan Kroenke.

The Kroenke family have come under increasing pressure to sell their majority stake in the wake of the fallout from the European Super League proposal, fans having protested outside the Emirates ahead of the club’s clash with Everton last month.

Arteta has now called on his players to ignore takeover talk ahead of a huge semi-final clash, urging his squad to concentrate on their football and bringing success to the club.

“We have to try to be away from all the rumours and everything that is happening around the club,” Arteta told his pre-match press conference.

“The best way to help the club is to win football matches and be competitive again.”

Arteta also gave an update on David Luiz who was substituted during the 2-0 win at Newcastle last weekend, and refused to rule out the veteran Brazilian despite initial fears he would miss the remainder of the season.

“With David, it is always possible. He was already saying before the game that he wanted to be available.

“He has made an incredible effort to be in the position that he is today. The fact that he played against Newcastle was already a big bonus, because he had surgery on his knee. With David, you never know.”