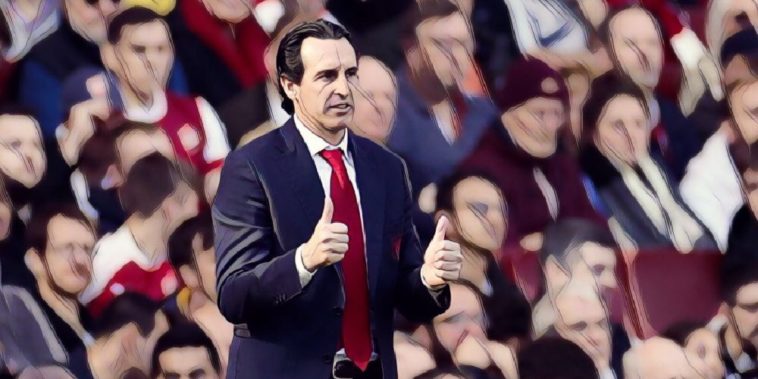 Mikel Arteta has revealed how predecessor Unai Emery took the unusual step of offering him advice following his appointment as Arsenal manager.

Arteta was appointed as manager of Arsenal following the sacking of Emery at the Emirates, and will come face-to-face with the former Gunners boss as the north Londoners take on Villarreal in the Europa League semi-finals this week.

Emery spent just 18 months in charge of the club before being sacked following a disappointing start to his second season in charge, but has rebuilt his reputation as a European specialist by guiding Villarreal into the Europa League’s last four this season.

The Spaniard won the competition in three consecutive campaigns with Sevilla and reached a fourth final during his time at Arsenal, with Arteta full of praise for his compatriot’s achievements ahead of tomorrow’s first leg clash.

Arteta also discussed the ‘sincere’ conversations he held with the sacked Emery upon his own appointment at Arsenal, revealing how the former Gunners boss was happy to help despite his Emirates exit.

“I spoke to him a few times, because we had people in common,” Arteta told his pre-match press conference.

“Then I spoke to him before I took over at the club and he was really helpful.

“He offered me that opportunity which is sometimes unusual. He was very sincere and open. I was very grateful for that.

“He is a very experienced and successful manager – in the Europa League in particular with what he has done. So there is no doubt that he has the tools and knowledge to manage at the top level.”