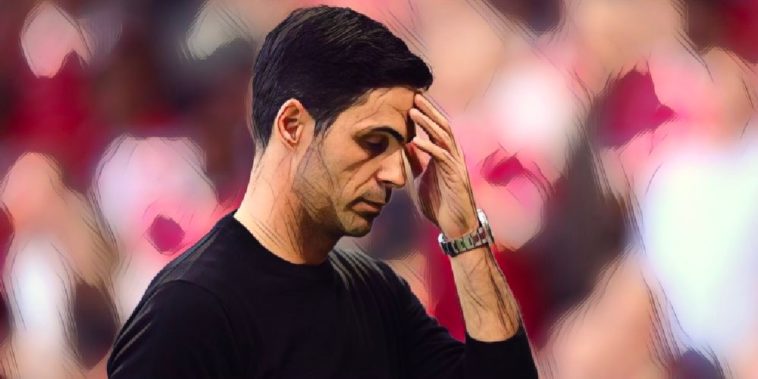 Arsenal’s 100 percent start to the Premier League campaign was brought to an end as Manchester United ran out 3-1 winners to continue their own resurgence at Old Trafford.

The North London side came into the game sitting atop the Premier League table after winning all five of their opening fixtures, knowing that a victory over their old rivals would move them four points clear at the top of the table following Man City’s 1-1 draw on Saturday.

It was Manchester United who settled into the game by far the quicker of the two sides and dominated during the opening 15 minutes. However, it was Arsenal that appeared to strike the first blow, catching United in possession before releasing Gabriel Martinelli down the left who clipped it over David de Gea. In a weekend that has been dominated by VAR drama and criticism, the referee was advised to consult the pitchside monitor, where he eventually decided the initial turnover in possession was a foul, with Martin Odegaard not getting any contact on the ball during his challenge on Christian Eriksen.

That decision did, however, turn the flow of the game on it’s head, with Arsenal starting to dominate possession and Martinelli forced a fine save out of David de Gea on the half-hour mark.

In the blink of an eye though, the momentum swung once more, a sumptuous Christian Eriksen ball dissecting the Arsenal midfield, before Bruno Fernandes, Jadon Sancho and Marcus Rashford combined – the latter laying it off to find the unmarked Antony, who kept a cool head to slot home on his debut.

The Gunners again started by far the brighter in the second half, and they scored a goal that the quality of their football deserved, Odegaard threading the ball in-towards the lively Gabriel Jesus, and while the Brazilian was challenged in the box, the ball fell kindly to Bukayo Saka who fired into the back of the net.

Manchester United really struggled to get a foot on the ball at times, but in the 66th minute, the Red Devils clinically hit on the counter. Marcus Rashford latched onto an inch-perfect Bruno Fernandes through-ball, before slotting past Aaron Ramsdale into the bottom corner, his effort taking a potentially vital deflection from Ben White’s attempted challenge.

7 – Arsenal have failed to win any of their last seven Premier League matches against Manchester United when starting the day top of the table (D2 L5). Complex. pic.twitter.com/SwVLOpNOo5

Fernandes then played a superb ball to release Eriksen in behind the Arsenal backline to create a two-on-one against Ramsdale with 15 minutes to play, the Denmark international squaring it to Marcus Rashford who stroked home his second of the game to make it 3-1.

Speaking after the match, Arsenal boss Mikel Arteta felt that his side were ‘totally dominant and in control’ for large spells of the game, but admits his side were punished for giving the ball away in dangerous areas.

“I am really disappointed to lose the game, especially with the way it went over the 95 minutes,” he told Sky Sports. “We had some big periods where we were totally dominant and in total control. We created chance after chance but did not close the game. In any moment, when they have open spaces, they are ging to hurt you.

“They had three big chances and scored three goals, we have numerous chances and we didn’t score enough.

“We had a period in the first 18 minutes when we struggle and did not control the game but after that it was all us. We lose the ball in a really difficult place and play a ball in an area we don’t have to and one pass and they are through.

Arsenal have now lost more Premier League games against Man Utd (26) than any other team in the competition’s history.

The Spaniard was disappointed about the decision to rule out Martinelli’s opening goal, saying it is ‘really difficult to understand’ the perceived lack of consistency among referees’ decisions from one week to another.

“Lack of consistency,” he said. “One is soft and last week they made a foul on Aaron but it is soft, it is not a foul. There is a foul on Bukayo, it is soft but not a penalty. Today it is a foul.

“The threshold in the first actions, you could see there is no yellow card because they want to keep a threshold in a big game. Really difficult to understand.”