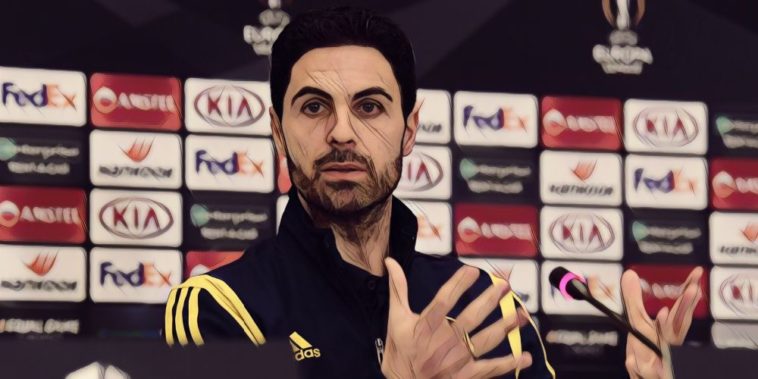 Mikel Arteta has urged Arsenal to ‘maximise’ their ‘three different routes to Europe’ as the club bid to salvage a difficult season at the Emirates.

The north London side have disappointed so far this season and their poor start to the campaign resulted in Arteta’s appointment as Arsenal‘s new head coach, the Spaniard replacing compatriot Unai Emery who was dismissed following a seven-game winless run in November.

The Gunners have shown signs of progression since Arteta’s arrival but remain ninth in the Premier League, though the club remain in contention for both the FA Cup and Europa League ahead of some crucial fixtures over the coming week.

When asked if the club will be prioritising certain competitions in a bid to boost their European hopes, Arteta insisted his team selection will be based solely on training performances and the upcoming opponent.

Arsenal face Greek side Olympiakos tonight in the second leg of their Europa League Round of 32 tie, and ahead of the clash the Gunners’ boss has urged his side to ‘maximise’ their three chances of sealing European qualification.

“The team selection is based on what I see in training, the load of the players and what we want to do against the opponent,” Arteta said at his pre-match press conference.

“We have three different routes to Europe. We have to try to maximise the three of them and we go game-by-game. That’s all we can do at the moment because the objectives are still so far behind.

Back-to-back Premier League victories has moved Arsenal within seven points of the top four, though the club remain outside contenders with a clutch of teams above all still vying for European football.

Arteta refused to rule out the possibility of securing Champions League qualification via league position, but admits his side must put together a consistent run of results in order to become challengers.

“We need to win a lot of games. We need to put a very consistent run together and we’ve just won two games – which is not enough.”