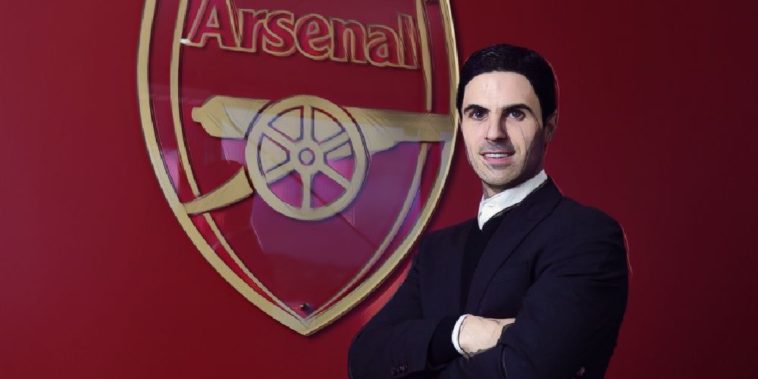 Mikel Arteta has spoken of his pride at being named as the new head coach of Arsenal and says he is ready for the ‘challenge’ as he prepares for a first senior role in management.

The club’s former captain has been named as Unai Emery’s successor at the Emirates, joining from Premier League rivals Manchester City where he has worked as an assistant to Pep Guardiola for the past three seasons.

Arteta‘s appointment is a bold statement from the Gunners’ hierarchy given his lack of managerial experience, and the new head coach will be tasked with reviving the club’s fortunes following a disappointing start to the season that has left the club in tenth place in the division.

The 37-year-old was presented to the media following his return to the club, where he spent the final five seasons of his career as a player, and despite his inexperience, he insists he feels ‘ready’ for the ‘challenge’ of restoring the club towards its former glories.

“I feel back at home. I am extremely happy and proud to have been given the opportunity to be the manager of this football club,” Arteta said at his first press conference as Arsenal head coach.

“I have been preparing for a few years for this challenge to come. I know the expectations, I know the level and I know the stature of this club and what it deserves.

“I am ready for that challenge and I can’t wait to get started and work with the players and everyone at the club.

“I have got a good vibe. I am sensing a good energy today since I walked in.”

Arteta will take charge of the side for the first time when they travel to face another of his former sides Everton at Goodison Park on Saturday lunchtime.

Guardiola confirms Man City will not be replacing Arteta

Report – Several Arsenal stars ‘considering their future’ at the club