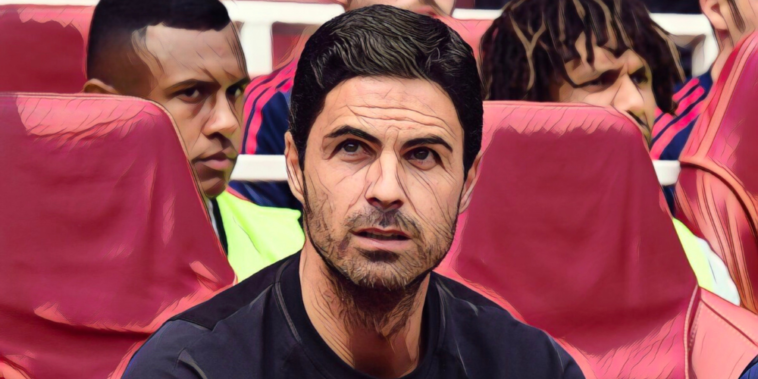 Mikel Arteta has insisted that Europa League is a ‘really important’ competition to Arsenal and that the extra matches will be a ‘help’ to his side.

Arsenal have enjoyed had a superb start to the season, and currently sit a point clear of Manchester City at the top of the Premier League after eight games.

The Gunners haven’t featured in the Champions League since back in 2016/17, and narrowly missed out on a return to Europe’s top table after they lost five of their last 10 games of last season to finish fifth.

In England, some have looked down their noses at the Europa League, though speaking ahead of Arsenal’s clash against Bodo/Glimt on Thursday, Mikel Arteta has insisted that it is a ‘really important’ competition for his side as they look to claim their first European honours since the Cup Winners Cup back in 1994.

Despite the additional fixtures that European football brings, Arteta insisted that it is not a hinderance to his side.

“It’s a help,” he said. “Playing in Europe is always great and tomorrow I think we’re going to have a great atmosphere again at the Emirates. We want to produce those nights and we know that we want to be playing yesterday and today [in the Champions League], but at the moment it’s our reality and we have to accept it. It’s part of our next step.”

Having had a season without European football, Arteta was asked about now having to play three matches a week.

“It’s a test for the squad in terms of the numbers and the quality that you have when you make changes and how much you notice that,” he said. “At the same time, it’s about how you are able to consistently play at the highest level and demand that of yourself and be successful doing it.

“It’s not something that we did last season and it’s something we will have to do this year for different reasons, but I think everybody is going to have to be able to do that after the World Cup, especially with the scheduling that we have.”