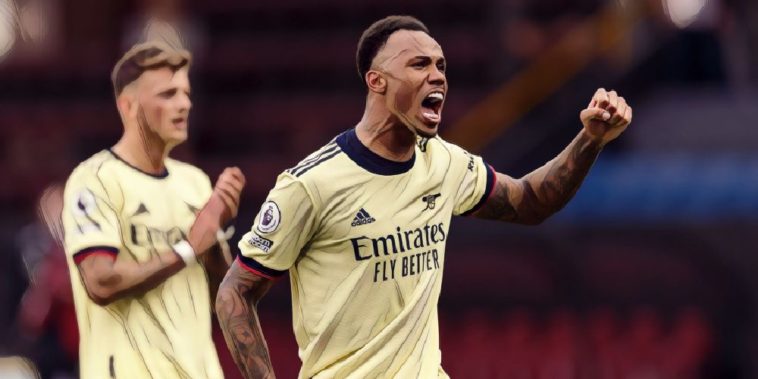 After three successive defeats in the opening three games of the new Premier League campaign, the Gunners eventually secured a first league win of the season at home to Norwich City last weekend, before adding to that with another three points at Turf Moor.

One key factor in those successive victories – and successive clean sheets – has been the return of defender Gabriel, the former Lille man making his first appearance of the season against the Canaries, after having been absent due to a knee injury that curtailed his involvement with the Brazil Olympic squad over the summer.

While Arteta has also been boosted by the return of the likes of Ben White and Thomas Partey in recent weeks, as well as with the signing of Takehiro Tomiyasu, Arsenal‘s recent defensive solidity has largely been aided by Gabriel’s return, the centre-back particularly impressive in thwarting Sean Dyche’s men in the 1-0 win on Saturday.

Following that performance, the Gunners boss admitted that it was a welcome relief to have the defender back in action and praised him for his ‘terrific’ showing up against a Burnley side that is renowned for being a tough opponent on their own turf.

“We didn’t have him, so we don’t know how much we missed him,” Arteta said in his post-match press conference. “We know that he’s a player with an incredible future and is already giving us a lot. He has adapted really well to the league.

“That’s why we signed him. He is stepping in, his language is much better and he can coach and communicate much better with his teammates.

“He understands what we want and I don’t think it gets much harder than playing here in the Premier League.

“He was terrific today.”