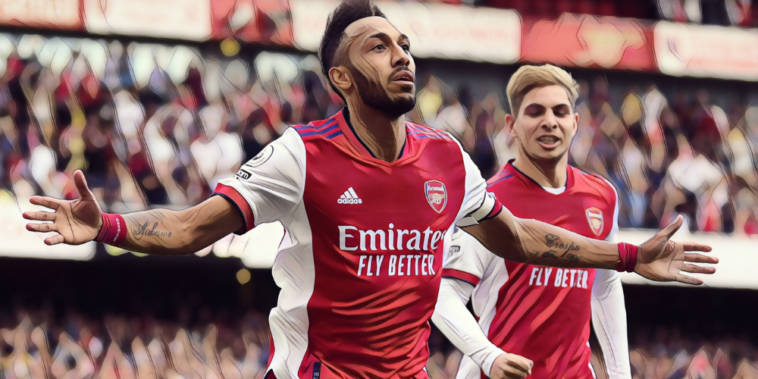 Mikel Arteta has revealed why he has been delighted with Pierre-Emerick Aubameyang’s recent performances for Arsenal.

Aubameyang has enjoyed an excellent start to the season for the Gunners and has scored seven goals in nine appearances across all competitions, including scoring one and creating another during the north London side’s 3-1 win over Aston Villa on Friday evening.

The Gabon international’s return to form has been a welcome boost for Arsenal following a difficult season last term, and Arteta admits Aubameyang is now providing much more than just goals to the side.

“I wouldn’t go to the goals, again it is what Auba is transmitting on the pitch,” Arteta told the media ahead of Arsenal’s Carabao Cup clash with Leeds United.

“I have never seen Auba transmit what he is doing now.

“I prefer this Auba.”

Arteta believes that the 32-year-old has adapted his game to benefit the team as a whole this season, insisting the forward now understands his role involves much more than just scoring goals.

“It is a combination that realising that his role has to go well beyond that.

“What was good, or very good, two or three years ago, with his role in this team, at this club, it is not enough.”