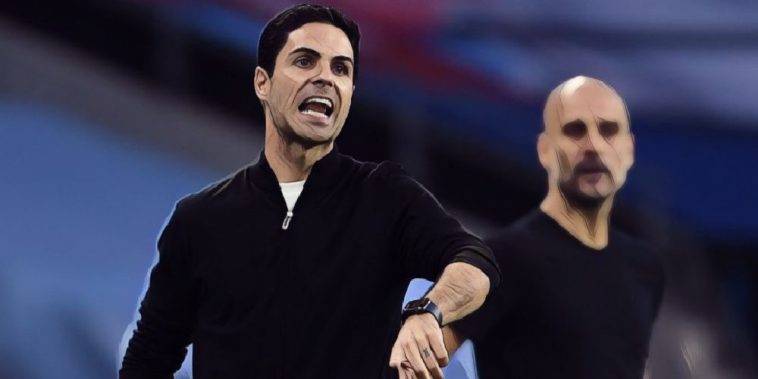 Mikel Arteta says Arsenal’s bid to improve is a ‘marathon’ and has called for his side to produce on a ‘consistent’ basis as they seek to challenge for major honours.

Arsenal have endured a disappointing season but have shown signs of progress since Arteta’s arrival as head coach in December, with the north London side maintaining hopes of winning silverware this season following their weekend win over Manchester City in the FA Cup semi-finals.

The victory followed a mid-week win over newly-crowned champions to raise optimism that the Gunners are heading in the right direction under Arteta, though the Spaniard insists his rebuild is a long-term project and has urged his side to find consistency in their performances.

“This is a marathon,” Arteta said at his pre-match conference ahead of Tuesday’s trip to Aston Villa.

“This is a long-term thing that has to be in place and you have to do it consistently throughout the 10 months [of the season]. You can’t do it in a week.

“We haven’t done anything yet, we’ve just won two games that give us a big boost, belief and the sense that if we are all doing our best we can compete against any team, but now we have to be consistent and do it every three days.”

Amongst Arteta’s major concerns ahead of next season is the future of club captain Pierre-Emerick Aubameyang, with the forward continuing to be linked with a move away after entering the final year of his contract at the Emirates.

The Gabon international scored both goals in the victory over City and is the club’s leading scorer with 25 goals in all competitions this season, and the Gunners boss is keen to resolve the forward’s future as swiftly as possible.

“When I was talking about the uncertainties we have on the table he is one of them,” said Arteta.

“The others are where we are going to finish, and whether we will be playing in Europe or not, which will have an impact and then all this situation in the market and how it will develop.

“With Aubameyang I have been very clear with what I want. The quicker we do it, the better for me personally because the player will be more focused, more determined and more calm, but we have to respect the timings as well and the needs the football club have.”