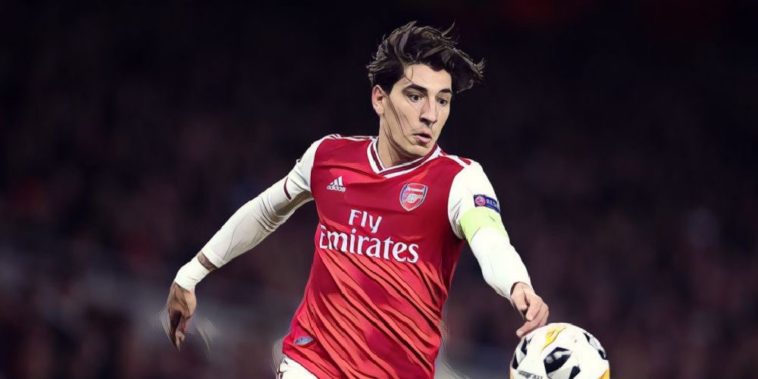 Arsenal are reportedly willing to allow Hector Bellerin to leave this summer, after having spent almost a decade in North London.

The Spaniard joined the club back in 2011 as a youth player having previously been at Barcelona, going on to make his debut for the Gunners in September 2013, coming on as a late substitute for current boss Mikel Arteta in a League Cup tie against West Brom.

After a spell on loan at Watford in the second-half of that season, the right-back became a key first-team player in Arsene Wenger’s side during the 2014/15 campaign and has since gone on to help the club to three FA Cup triumphs.

Despite remaining a crucial player under former teammate Arteta, the 25-year-old has been heavily rumoured with an exit from the club, with both Paris Saint-Germain and Barcelona being linked with an interested in prizing him away from the Emirates last summer.

Although no such move came to fruition, it looks as if his time at Arsenal could come to an end this summer, ESPN reporting that the Premier League side have accepted that he can leave as part of an agreement with his manager.

The Spain international reportedly agreed to stay an extra year at the club, following discussions with his compatriot last summer, with the agreement that he would be allowed to leave at the end of the current campaign.

The full-back currently only has two years remaining on his current deal, with the club acknowledging that it could be the best time for the two parties to part ways, or risk seeing him leave for a reduced fee, or on a free transfer, in the future.

One potential issue, however, is that former suitors Barcelona and PSG may no longer be interested in making a move.

The La Liga side signed Ajax right-back Sergino Dest last summer, while the French club are keen to snap up Alessandro Florenzi on a permanent deal, following his successful loan spell from Roma.