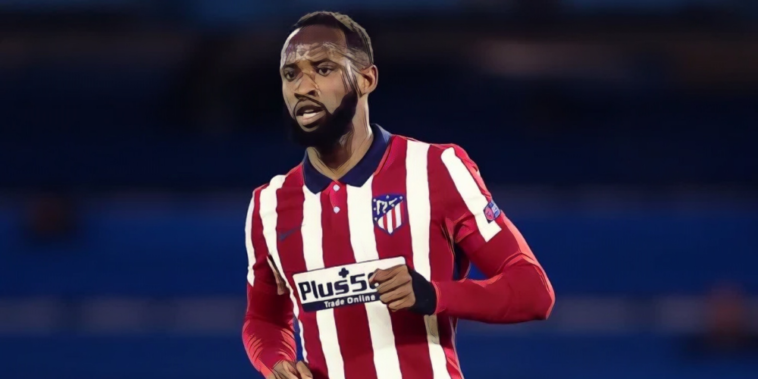 Arsenal are ‘weighing up’ a move for Moussa Dembele amid ‘uncertainty’ over the futures of Alexandre Lacazette and Eddie Nketiah.

Mikel Arteta is planning an overhaul of his squad this summer following a disappointing campaign at the Emirates, with uncertainty surrounding the futures of several senior players including forward duo Lacazette and Nketiah.

Both players are set to enter the final years of their contracts this summer and have been linked with an exit from the club, the latter in particular keen to secure regular first-team football after making just four Premier League starts so far this season.

Nketiah – who has been linked with West Ham – is reportedly one of several players who will be allowed to leave this summer in a bid to raise funds with Arsenal seeking a fee of around £20m.

The Telegraph are reporting that Arsenal are now considering a move for Dembele as they bid to overhaul their attacking options, the 24-year-old currently on loan at Atletico Madrid from Lyon.

Dembele signed for Lyon after a prolific spell at Celtic and scored 44 goals in all competitions across his first two seasons, though was allowed to leave for Atletico in January with the Spanish side holding an option to make the move permanent for £30m.

The Frenchman has struggled with fitness issues since the switch and has failed to start a league fixture, whilst he is yet to score for Diego Simeone’s side and looks likely to return to Lyon.

Arsenal believe that a fee of £25m may be enough to bring the forward to the Premier League this summer, with Dembele on a list of forward options that also includes the star’s former Celtic teammate Odsonne Edouard.

Leicester are also in the race for the forward who is France’s all-time leading scorer at U21 level, Celtic expected to allow Edouard to depart as the star enters the final year of his contract with the Scottish side this summer.

Brendan Rodgers previously worked with the 23-year-old – who has also been linked with West Ham and Tottenham – during his time in charge at Parkhead.

Edouard has scored 72 goals in 136 appearances for Celtic and has won three league titles since moving to Glasgow from Paris Saint-Germain.