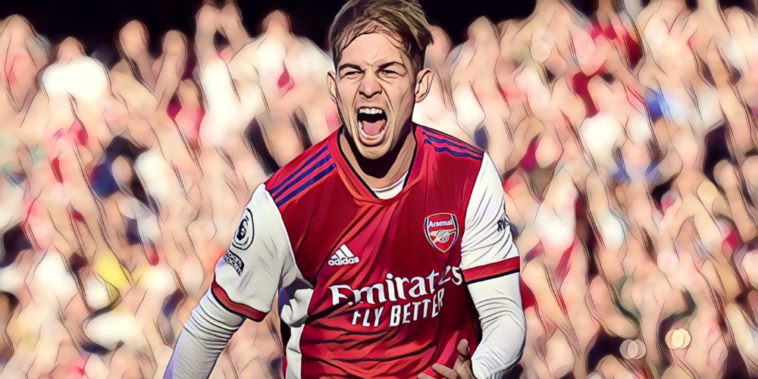 Arsenal take on Watford at the Emirates this weekend, with the hosts hoping to continue their nine-game unbeaten run in all competitions.

Here’s everything you need to know about Sunday’s clash:

Arsenal’s recent resurgence continued as they romped to a third successive win in all competitions with a convincing 2-0 win away at Leicester City on Saturday afternoon, just days after securing their place in the Carabao Cup quarter-final’s with victory over Leeds United.

At the King Power Stadium at the weekend, Mikel Arteta’s men struck twice inside the opening 18 minutes to put themselves firmly in control, with young starlet Emile Smith Rowe once again getting on the scoresheet, after Gabriel’s early header had handed the Gunners the lead.

While another impressive display from the north London side, the visitors largely had Aaron Ramsdale to thank for ensuring both victory and a clean sheet, with the summer signing in inspired form to repeatedly thwart the Foxes attack.

The Englishman’s arrival was initially questioned by both fans and pundits alike, yet a few months on, the former Sheffield United man is now being tipped to challenge for a berth at international level, with his miraculous save to deny James Maddison’s curling free-kick a further indication of his undoubted talent.

A once leaky backline now looks almost impenetrable, while at the other end, Arteta’s blend of youth and experience appears to be paying off, with the Gunners now up to sixth and just three points off a top-four spot, having been rock bottom of the table three games into the season.

As for this weekend, Granit Xhaka remains sidelined with a knee injury, while full-back Kieran Tierney is also a major doubt having been absent since the 2-2 draw with Crystal Palace.

It’s been something of a mixed bag for new Watford boss Claudio Ranieri in recent weeks, with the Italian picking up one win and two defeats since taking over from Xisco Munoz, including their most recent 1-0 loss at home to Southampton on Saturday.

Despite romping to a 5-2 victory over Everton the week previous, the Hornets failed to build on that momentum as they slipped to a second successive defeat at Vicarage Road, with Ranieri yet to taste victory on home soil.

In truth, the eventual scoreline perhaps flattered the hosts, with the Saints largely dominating proceedings throughout and spurning a handful of chances to make it a more comfortable outing, after Che Adams stunning first-half strike had handed the away side a deserved lead.

That result has left Watford still firmly in the fight to avoid relegation, with the newly-promoted side now in 16th after picking up ten points from their opening ten games, leaving them just three points clear of the relegation zone.

A worrying statistic for the former Leicester boss will be that his side are one of just three teams across England’s top-four tiers yet to register a single clean sheet in the league this season, with fellow strugglers Newcastle United and League One side Lincoln City the other two sides without a shutout thus far.

Those defensive woes have not been helped by injuries to centre-back pair Christian Kabasele and Francisco Sierralta, although the latter man does have an outside chance of making a return for the trip to the Emirates. Ranieri will be able to welcome back Emmanuel Dennis, after the Nigerian striker missed the weekend defeat through suspension.

The two sides’ last meeting came on the final day of the 2019/20 campaign, with the visitors heading into the game knowing that they needed to better Aston Villa’s result in order to have any hope of sparing themselves from relegation.

Such a scenario appeared unlikely as Pierre-Emerick Aubameyang fired the home side ahead from the penalty spot inside just five minutes, before Kieran Tierney extended that lead midway through the first-half with a deflected strike.

A stunning overhead kick saw Aubameyang net his second of the game soon after to seemingly wrap up the points, only for Troy Deeney to pull a goal just before the break, with former Arsenal man Danny Welbeck then sparking hope of a stirring comeback by netting on 66 minutes.

Despite a late Watford onslaught, there was to be no fairytale ending for the away side as they slipped back into the second tier, with Villa’s 1-1 draw against West Ham United keeping Dean Smth’s side up by just a point.

What channel is it Arsenal v Watford on?