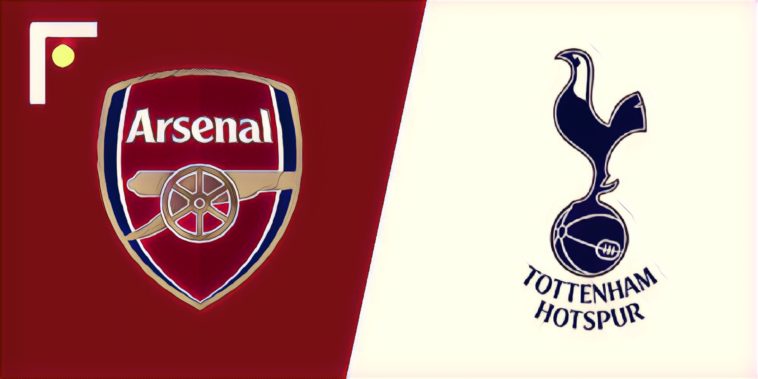 Arsenal and Tottenham meet this weekend at the Emirates, in the latest instalment of a fiercely contested North London rivalry.

The two sides will be looking to bounce back from last weekend’s defeats, with both clubs holding ambitions of competing at the top end of the Premier League this season.

Sunday’s clash will see two side’s who are packed full of elite talent, but which players on current form would make a North London derby dream XI?

Here is The Football Faithful‘s Arsenal and Tottenham combined XI…

The France international edges out Arsenal’s Bernd Leno in goal, having been a reliable and consistent performer for Spurs since joining from Lyon in 2012.

A leader from the back, the Tottenham captain has developed a reputation as one of the Premier League’s finest shot-stoppers in seven seasons in England, and will be hoping to lift his first piece of silverware as Spurs‘ skipper this season.

The 21-year-old is more comfortable in an advanced position, but has grown into the role as he covers for the long-term absentee Hector Bellerin, who is recovering from an ACL injury.

As with any youngster, his displays can be inconsistent, but after delivering a fine performance against Newcastle on the opening weekend he looks to have grown into the unfamiliar position.

A genuine attacking threat from full-back, the prospect’s defensive aspects will surely improve with more exposure to first-team football.

The Belgian international was widely tipped to leave Tottenham this summer, though there was little interest despite a widely publicised £25 million release clause that would have represented an absolute bargain signing.

Alderweireld is regarded by many as one of the Premier League’s leading centre-backs, a fine defender who is capable of launching attacks with his range of passing from deep.

Few expected him to remain in North London beyond the summer, and whilst his future remains uncertain with less than a year on his contract, Mauricio Pochettino will be glad to have retained the services of the 30-year-old for this season at least.

The long-serving defender has been surprisingly excluded by Mauricio Pochettino over the opening weeks of the new season, with initial reports suggesting the Argentine was concerned about the 32-year-old’s fitness.

Despite this, Vertonghen has been a key figure for Spurs since his move from Ajax in 2012, his sweet left-foot bringing balance to the backline.

Comfortable in possession and a fine passer, the Belgian’s ball-playing style makes him ideally suited to a Tottenham side often enjoying the majority of possession.

Another Spurs player who was strongly tipped to leave the club, the England international remains and has started each of their opening three Premier League fixtures.

A notoriously fierce competitor, the England international offers pace and physicality down the left flank and is equally adept at both ends of the pitch.

At 29, Rose’s Tottenham days may be numbered as the club look to bring through younger talent, but he remains one of the most reliable full-backs in the Premier League.

Tottenham were said to have beaten off competition from a host of Europe’s top clubs to secure the signing of the Lyon midfielder this summer, securing the France international in a club-record £55m deal.

The 22-year-old impressed on his debut, scoring a stunning goal against Aston Villa before providing an assist in the 2-2 draw at Manchester City.

Ndombele brings versatility and a unique blend of physical and technical attributes, being described as the ‘complete’ midfielder upon his arrival in the Premier League.

The Spaniard made a instant impact following his summer arrival at the Emirates on a season-long loan deal from Real Madrid, starring as Unai Emery’s side beat Burnley on August 17.

A fine passer, the diminutive midfielder is able to dictate play from deep, whilst he also appears to have the tenacity to thrive in English football.

Just three games into his Arsenal career and the club’s fans are pleading for his signing on a permanent basis, though that may be difficult to achieve with the 23-year-old keen to be a success at the Bernabeu.

Will Eriksen still be a Tottenham player after the closure of the European transfer window? His future remains in serious doubt, though should he depart the club will be losing one of the Premier League’s elite creative talents.

The Danish international is often the creative heartbeat of Mauricio Pochetitno’s side, his ability to provide goals from open play or set-pieces is vital to Spurs’ hopes of success.

Aubameyang has shown just why Arsenal broke their transfer-record to sign him from Borussia Dortmund in 2018, having fired 34 goals in 51 league appearances since moving to the Emirates.

Lightening quick and a cool finisher, the 30-year-old will be crucial to Arsenal’s hopes of securing Champions League football this season.

The South Korea international is a huge fan’s favourite among the Spurs faithful, with his blend of energy, pace and goalscoring ability marking him out as a key figure for Mauricio Pochettino’s side.

The 27-year-old has scored 59 goals over the past three seasons for Tottenham, whilst his versatility in being able to play across the frontline makes him invaluable to the Spurs squad.

Possessing relentless work-rate and explosive pace, Son is the perfect player to ease the goalscoring burden on Harry Kane.

Amongst the favourites for this season’s Golden Boot, England captain Kane will be looking to win the honour for a third time after beginning the new season with two goals in his opening three fixtures.

The 26-year-old endured an injury-interrupted campaign last term but still managed 17 Premier League goals, though he will be looking to improve on that figure this time around.

That goalscoring return was his lowest since becoming a Spurs regular, the forward having now scored a remarkable 127 goals in just 179 Premier League appearances for the club.