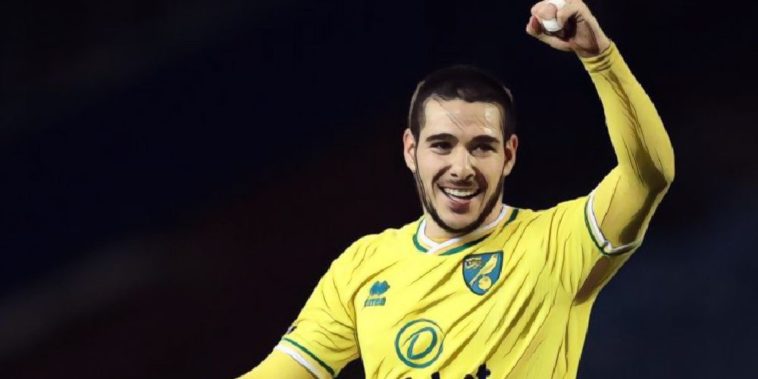 Arsenal are ‘unlikely’ to secure the signing of Emiliano Buendia this month with the club unable to afford a deal for the in-demand Norwich star.

Buendia has been strongly linked with a move to the north London side after impressing for the Championship leaders so far this season, scoring seven times and providing a further six assists to boost the Canaries hopes of an instant return to the Premier League.

The 24-year-old impressed despite Norwich’s relegation from the top flight last season and ranked fourth in the division for chances created, with Arsenal having eyed a move for the Argentine in a bid to end their search for creativity.

According to the Mirror, however, any deal is unlikely to come this month with Norwich reluctant to lose a crucial part of their promotion push, placing a valuation of around £40m on the player to ward off potential suitors.

Arsenal spent more than £70m during the summer on the likes of Thomas Partey, Gabriel and Pablo Mari and the Gunners’ finances will reportedly not stretch to a winter window deal for Buendia.

Mikel Arteta has spoken of his determination to reduce his bloated squad with exits a priority at the Emirates, the north Londoners focused on finding new clubs for the likes of Sokratis, Shkodran Mustafi and Mesut Ozil.

Buendia appears out of the club’s price-range at present, with loan moves for the likes of Real Madrid midfielder Isco and Paris Saint-Germain’s Julian Draxler reported as potential alternatives.