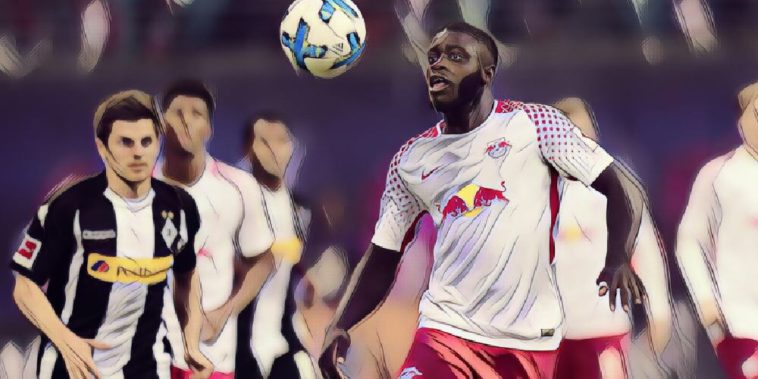 Arsenal‘s defensive troubles have been well documented for a number of years, with Arsene Wenger seeming to have had blind faith in his struggling backline, while Unai Emery did little to improve it, despite signing two new centre-backs during his 18 months in charge.

The Gunners, currently in 12th in the Premier League, have managed to keep just three clean sheets in the opening 20 matches of the season, conceding 30 goals in the process, while Bernd Leno has been forced into making 78 saves, the second-highest total in the division.

Now under the management of Mikel Arteta, and with a defence riddled with injuries, the Mirror is reporting that the Spaniard is considering a move for France U21 defender, Upamecano.

With just 18 months remaining on his deal at the Red Bull Arena, the report claims that the 21-year-old centre-back ‘could be allowed to leave’ the Bundesliga side next month while he retains a higher value, while the Mail suggests a £40 million bid could persuade Leipzig into a sale.

With Rob Holding, Callum Chambers and Sokratis all sidelined, Arteta only has Shkodran Mustafi and David Luiz available as his senior defensive options, though neither are particularly renowned for their defensive prowess.

Arsenal, who are likely to miss out on Champions League football once again, will face competition for Upamecano’s signature, however, with Manchester United and Spurs having been previously linked.