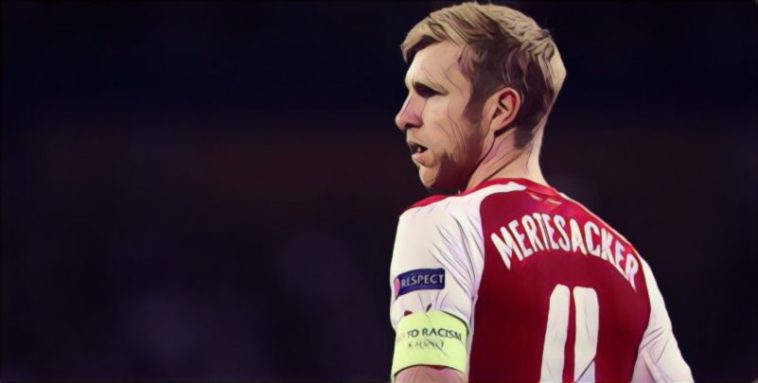 Arsenal captain Per Mertesacker has struggled with injury problems again this season and has only managed to make 10 appearances in all competitions for Arsene Wenger’s side.

The 33-year-old centre-back is set to retire at the end of this season and take up the role as head of the Gunner’s youth academy.

Mertesacker, who has 104 caps for Germany, recently gave an interview to Spiegel in his homeland, in which he revealed that his body feels broken, and that he would gladly see out the remainder of his Arsenal contract on the sidelines.

However, his comments have lead to some stinging criticism from his countryman and former Liverpool midfielder Didi Hamann, who even went as far as questioning whether Mertesacker is the right man to be giving young players advice.

“He is still under contract with Arsenal and says that he has no more buck and likes to sit in the stands. He is still paid by the club and has a responsibility.”

“I find that disrespectful to the fans, his team-mates and the coach.”

“The club is up to its neck at the moment and then you have one of the captains who sits down and says that he no longer wants to play for the club.”

“Whether he is the right person to give young players values ​​such as identity and loyalty next year, I have my doubts.”