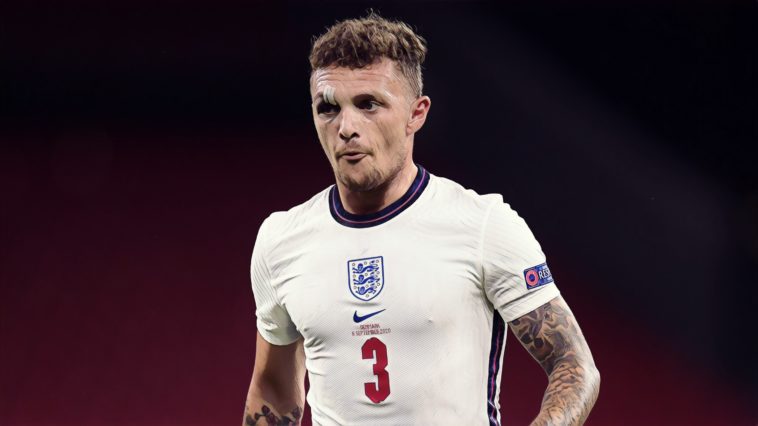 Arsenal are set to join Manchester United in the race to sign Kieran Trippier, as they step up their search for a replacement for Hector Bellerin.

The England international originally left the Premier League to join Atletico Madrid in 2019, calling time on a four-year stint at Tottenham Hotspur which had ended with defeat to Liverpool in the Champions League final.

Having come in for criticism during that final campaign with Spurs, Trippier was allowed to leave the club to join Diego Simeone’s side, where he has since gone on to become a vital part of a star-studded Atletico side.

The most recent campaign was particularly impressive for both the La Liga side and the defender as they romped to the league title, with Trippier developing into a genuine first-team regular, despite enduring a spell on the sidelines due to a ban for breaching betting regulations.

Despite his importance to Los Rojiblancos, it would appear that the 30-year-old is interesting a number of Premier League sides, the Sun reporting that Arsenal are set to join Manchester United in their pursuit of the player.

The Red Devils have long been linked with a move for the Three Lions star as they search for much needed competition for current right-back Aaron Wan-Bissaka, although they have been unable to agree a deal with the Spanish side as yet – who are said to be demanding around £34m for his signature.

With United unwilling to splash out more than £20m at present, it has opened the door for the Gunners to secure his signature, with first-choice full-back Hector Bellerin expected to depart this summer.

While he’s an important part of Simeone’s side, Trippier could be allowed to leave due to financial issues at the club and the Gunners are expected to have the money to spend to be able to meet the selling club’s demands.

As per the report, however, despite Atletico’s need to sell to raise funds, Simeone is keen to hand the Englishman a new contract, his current deal set to expire in June 2023.