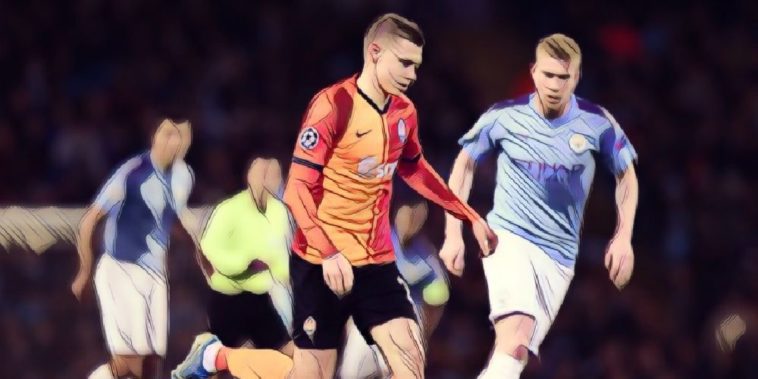 Arsenal are apparently looking to sign Ukrainian centre-back Mykola Matviyenko from Shakhtar Donetsk this month, with his agent revealing interest in the Ukrainian media.

Arsenal have had defensive difficulties all season, conceding chances and goals at a perpetual rate, particularly under Unai Emery. Whilst defensive performances have certainly improved since Mikel Arteta has come in, they are still in need of reinforcements in this area.

David Luiz and Sokratis have underwhelmed on the whole this season and at their respective age’s, playing every game when The Gunners are competing in three competitions will eventually take its toll. Rob Holding continues to suffer from fitness problems following his lengthy injury lay-off, while Calum Chambers is out for the rest of the season with a knee injury.

Shkodran Mustafi is expected to leave this month and youngster Konstantinos Mavropanos has joined Nurnberg on loan, leaving the Gunners with potentially just three senior centre-backs.

The North London club are said to be in ‘negotiations’ with Shakhtar Donetsk regarding the signing of Matviyenko as they look to bolster their frail defence in this window, a potential move for the 23-year-old being confirmed by the player’s agent, Yuriy Danchenko.

“Recently, my colleagues and I have been constantly in contact with representatives of the Arsenal, and have had meetings,” Danchenko told Ukrainian media.

“The Gunners’ hierarchy have already contacted [Shakhtar], and we hope that these negotiations will succeed.”

Matviyenko could well be the solution, with Manchester City‘s previous interest in the player a good indication of his ability. Pep Guardiola was supposedly interested in the defender after he impressed against City in the Champions League Group Stage this season, with Arteta having worked for the Premier League champions at the time.

At just 5 feet and 11 and half inches, Matviyenko has a small frame for a centre-back, but makes up for that with his athleticism and ability on the ball, with Sky Sports reporting that he is valued at £30 million.