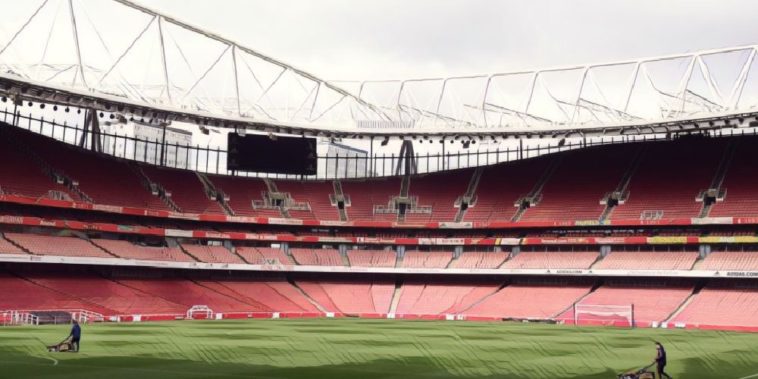 Arsenal are conducting a ‘top-to-bottom cultural review of the club’ as the Gunners look to rebuild both on and off the pitch.

The North London side are embarking on a project called ‘The Arsenal Way’ in which the club will attempt to review the culture at the Emirates in a bid to improve their fortunes.

The project will aim to hear views from staff ‘at all levels of the organisation’ as the Gunners look to identify problems and return to former glories, with an internal feeling that the club have deteriorated since the latter stages of Arsene Wenger’s reign.

The Athletic are reporting that Arsenal have enlisted the help of consultancy firm People-Made to help with the process and the company will report their findings to the club in the summer and design a ‘cultural direction’ for the coming years.

Forums and surveys have already began as part of the project as the Gunners look to move forward in a positive direction.

Mikel Arteta – alongside technical director Edu and academy boss Per Mertesacker – is involved in the review which is being led by director Lord Harris, chief executive Vinai Venkatesham and chief commercial officer Juliet Slot.