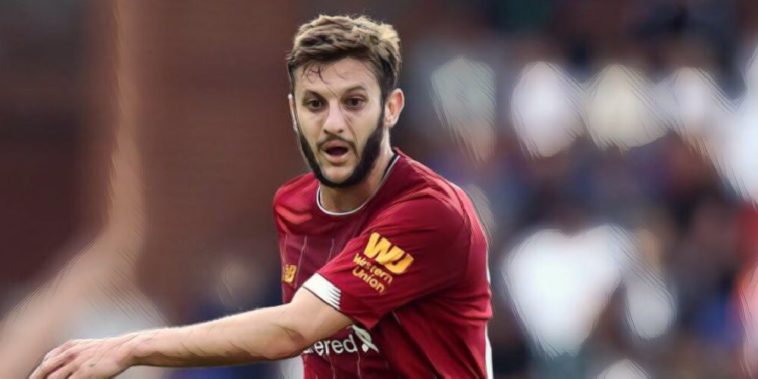 Arsenal and Tottenham are considering a move for Adam Lallana with the midfielder set to leave Liverpool when his contract comes to an end this summer.

Lallana has entered the final few months of his deal on Merseyside and looks unlikely to sign an extension with the Premier League leaders, the 31-year-old having expressed a desire for more regular first-team football having made just three league starts so far this season.

Having also seen each of the previous seasons disrupted by a succession of injury problems, the midfielder is now keen to depart and play regularly, with a series of clubs having registered their interest in signing the England international on a free transfer this summer.

According to the Mail, north London rivals Arsenal and Spurs are amongst the clubs to be monitoring his situation, whilst Leicester and Brendan Rodgers – who signed Lallana from Southampton during his time as Liverpool manager – also prepared to make an offer to his representatives.

Liverpool have moved to secure the long term futures of several first-team stars in recent months, though the club are believed to be accepting of Lallana’s desire for more minutes after six seasons with the Reds, the midfielder having scored 22 goals in 175 appearances since joining in a £25m deal in 2014.