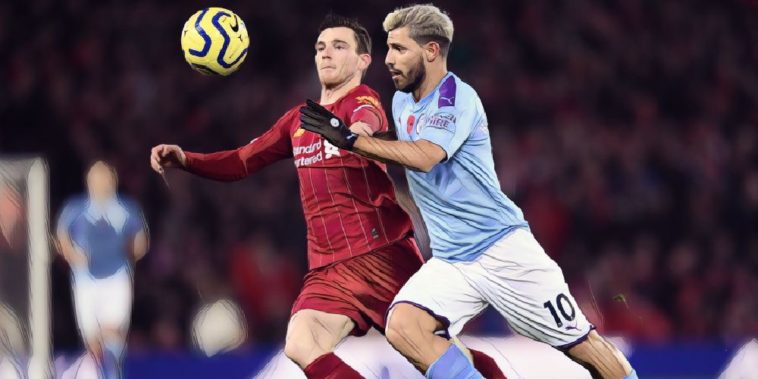 Sam Allardyce says Liverpool and Manchester City are amongst the best ‘long ball’ teams in the Premier League, a revelation he says would be ‘frowned upon’ for most pundits to admit.

The former Bolton and Everton boss, a famed lump-it-long merchant, has claimed the Premier League‘s leading sides use a tactical approach not too dissimilar to his own philosophy, good old-fashioned long balls.

Big Sam – who once bizarrely claimed he would be offered a top-four job had his surname been ‘Allardici’ – believes the league-leading duo are amongst the best around for a direct approach, though we for one are not sure Trent Alexander-Arnold’s cross-field switches of play or Ederson’s pinpoint accurate goalkicks are quite the same as long punts towards a brutish centre-forward and an objective to win second balls.

“You wouldn’t hear Martin Tyler saying it because it would be frowned upon.

“One of the best long-ball players is the goalkeeper at Manchester City. His long balls are unbelievably effective. So when you think you’re tying them down he goes ‘bosh’ and the ball is in your box and Sergio Aguero is scoring.

“The top clubs have different ways to beat you. So this emphasis on playing out at the back is over-cooked. Over time it’ll work its way out and we’ll return to normality.”