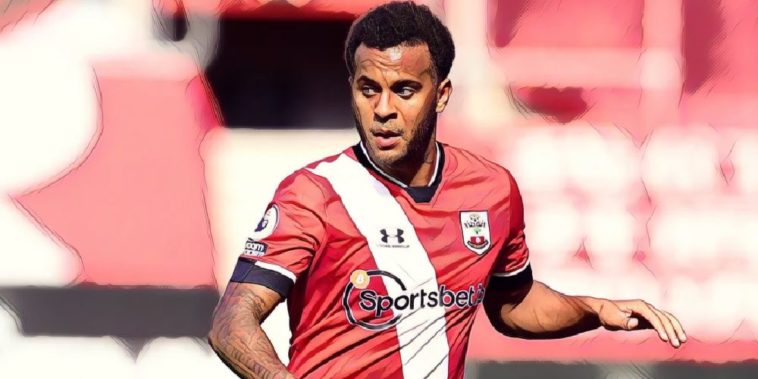 Arsenal and Manchester City are ready to battle it out for the signature of Southampton defender Ryan Bertrand, the full-back set to leave the club at the end of the season.

The former Chelsea man – who started in the Blues’ Champions League triumph over Bayern Munich back in 2012 – will be available on a free transfer this summer, after his current club confirmed this week that he is set to depart when his contract expires in June.

The 31-year-old has been a key player for the Saints since his arrival, initially on loan, back in 2014, going on to make 244 appearances for the club, including featuring 32 times across all competitions so far this season.

Despite continuing to be a first-team regular for Ralph Hasenhuttl’s side, both parties have made the decision to call time on his seven-year spell at the club, the England international currently being rumoured to secure a move to a top Premier League side this summer.

As per the Mail, both Arsenal and newly-crowned champions Manchester City are set to do battle over his signature, the two clubs looking for quality back-up at left-back.

The report suggests that the Gunners, in particular, have begun to ‘intensify’ talks with the player in recent days, the club seemingly keen to get the jump on any potential rivals.

Mikel Arteta’s side currently have just Kieran Tierney as their only senior option at left-back, a fact that was exposed recently with midfielder Granit Xhaka having to slot into the position, as well as more regular right-back, Cedric Soares.

With Tierney also struggling for a consistent spell in the side due to injury, an experienced addition such as Bertrand would no doubt provide the perfect cover for the Scotland international.

As for City, they have once again romped to the title without deploying a proper natural fit on the left of the defence, the versatile Oleksandr Zinchenko and Joao Cancelo having filled in, albeit superbly, with Benjamin Mendy failing to really impress.

The loss of the defender will no doubt come as a blow for the Saints, who currently have no real back-up in that position, usual centre-back Mohamed Salisu having slotted-in in an unconventional full-back role of late.