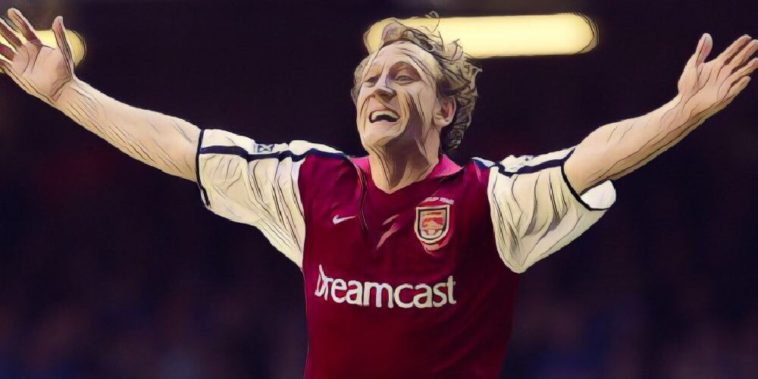 It might be hard to believe right now but Arsenal used to win and challenge for the Premier League title. More used to scrapping for a top-four place these days, Arsenal are still the only club to go an entire Premier League season without defeat and win a unique gold trophy as a result.

As expected, some of the Invincible feature in Arsenal’s top five Premier League Appearance Makers.

One of the most decorated footballers in Arsenal’s history with four Premier League titles, three FA Cups, a League Cup and a European Cup Winners’ Cup to his name. Dixon was signed by George Graham and became crucial in Arsenal’s defence.

He was a vital member of the team that won the league in 1989 and 1991. Dixon’s long ball was headed on by Alan Smith and finished by Michael Thomas as Arsenal beat Liverpool at Anfield in the final match of the 1988/89 season to snatch the title.

That amazing triumph in ’89 has since gone on to be made into a film starring Lee Dixon, Michael Thomas and various other members of the team who triumphed against all odds.

He scored a total of 25 goals for the Gunners, not bad from the right back, as well as some hilarious own goals….

How Arsenal could do with a defender like Martin Keown now. Never shy of going in for a tackle and getting more of the player than the ball, Keown’s thunderous tackling and combative style of play made strikers fearful of coming up against him.

Keown formed a formidable partnership alongside Tony Adams in 1998 and won the Premier League three times with the Gunners, as well as four FA Cups.

Age and injuries prevented Keown making more appearances than he did, but in his final season, he was part of the ‘Invincibles’ season.

A world-class individual, Dennis Bergkamp was one of the most talented Dutchman to grace the Premier League. And boy was he graceful. Bergkamp was signed by Bruce Rioch and later described by Arsene Wenger as “a blessing, a gift when I arrived”.

That strike against Newcastle in 2002 was voted as the nation’s favourite goal from 25 years of the Premier League in a poll by BBC Sport last August. Bergkamp’s mesmerising skills and sensational goals were a joy to watch and helped Arsenal win three Premier League titles and four FA Cups during his time at the club.

His 11 years at Arsenal are remembered fondly by Gunners’ fans who were privileged to see the Dutchman at the peak of his powers.

Goalkeepers are just as important as strikers when it comes to winning titles, and David Seaman proved that on numerous occasions. He was bought for £1.3 million from QPR, a British record for a goalkeeper at the time, but proved himself to be worth every penny.

Seaman’s sharp reflexes and superb positional sense were just some of the qualities that endeared him to the Arsenal faithful. One of his finest moments was a fingertip save from Gary Owers against Sunderland in 1996. He had barely been called upon during the match but proved that when needed, he was on full alert.

The Romford Pele. Ray Parlour joined Arsenal aged 12 and left aged 32 making a club record 333 Premier League appearances in the process. He was an important midfielder for the North London side and although not prolific in front of goal, he scored a great hat-trick against Newcastle in 2000 as they won 5-0 at Highbury.

Described by his team-mates as a joker and a good person to have in the dressing room when things weren’t going well, Parlour always gave his all in an Arsenal shirt and won three Premier League titles and three FA Cups while doing so.