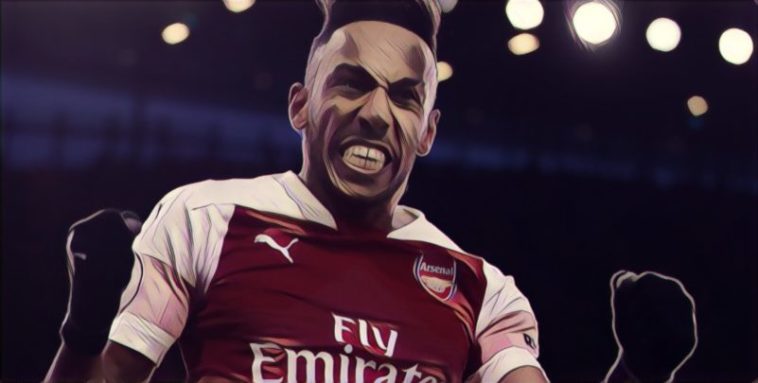 It was an open and entertaining encounter in North London with Unai Emery’s side securing the three points via a long-range Granit Xhaka strike and a Pierre Emerick-Aubameyang penalty. Let’s see how the players rated…

Made a couple of crucial stops and razor sharp off his line all day.

Never really convinces, but made some important blocks and always relishes the physical side of the game.

Arsenal do generally look that little bit less shaky at the back when their French skipper is available. Used his experience to good effect to snuff out some dangerous looking United attacks.

Caught out of position a few times defensively, but all in all, a solid display by the Spaniard.

Excellent. Didn’t give Manchester United an inch down the left, shutting down Shaw, Rashford and Martial on several occasions.

Covered a huge amount of ground for his side in both attack and defence.

Opened the scoring when his speculative drive wrong-footed De Gea. Kept Arsenal ticking over nicely in the centre of the park when in possession.

Looked good going forward, but a bit of a liability in defence, pretty much everything Arsenal fans have come to expect from the burly Bosnian.

Finally given a start in a big game by Emery and while the German playmaker will always be a divisive figure, his ability to always play the right pass with the perfect weight is a real joy to watch.

A player who has shown himself to be so much more than just a goal scorer this season. His work-rate and link up play was superb throughout.

Linked up well with Lacazette and his pace caused United’s defence serious problems, especially in the first-half. Banished the ghost of his penalty miss against Spurs last week, by coolly slotting the winner past De Gea from the spot.

Brought on for the final exchanges and his pace gave Arsenal a real outlet down the left.

Gave the Gunners an extra body in midfield for the final 10 minutes, although the on-loan Barcelona man was unable to make much of an impact.

Had arguably his greatest ever performance for United at the Emirates last season, but the Spaniard had an absolute howler for Arsenal’s opener today and wasn’t really handed many changes to redeem himself afterward.

One of many who started sloppily before gradually growing into the game. Work-rate and commitment unquestionable as usual.

Stuck to his task well throughout and showed his maturity to help his centre-back partner Lindelof through a sticky patch in the first-half.

Has been United’s most consistent defender this season, but today was a return to those headless chicken days of his first season at Old Trafford.

A superb cross to Lukaku should have been rewarded with a goal early on. Defended well and got forward as much as possible.

Put in a decent shift considering he’s a 19-year-old playing out of position.

A mixed bag for the Brazilian. Often undid moments of quality by looking panicky in possession. Gave away the crucial penalty when he was adjudged to have taken down Lacazette in the box, although to be fair it was an extremely harsh decision.

Looked a little rusty at times after his return to the side, but he was gradually growing in influence before he was hooked on 80 minutes as Solskjaer chased the game.

One sublime pass to Lukaku aside, the Frenchman was unable to influence proceedings to anywhere near the level he has been in recent months.

His pace and trickery caused Arsenal real problems, although his decision making can still be erratic and it cost United a few times today.

His hold up play and movement were superb for the most part, but he needed to take at least one of the three presentable chances that came his way.

Tried to drive United forwards, but came up against the in-form Maitland-Niles.

Not able to impact the game much, but it was encouraging how often the highly-rated youngster showed for the ball.