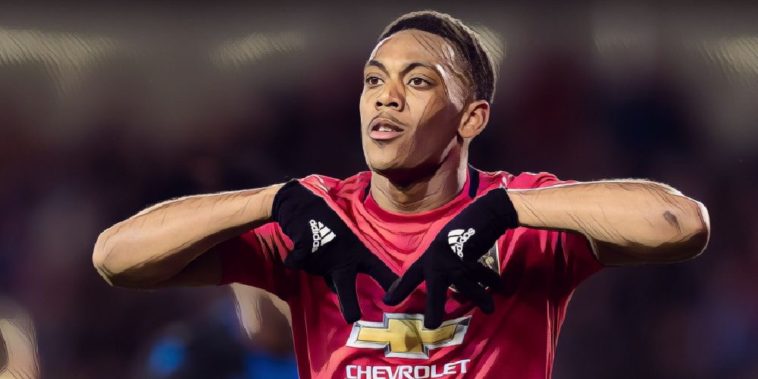 Andy Cole believes that Odion Ighalo provides Manchester United with a different option in attack, but says that he wants to see ‘more’ from Anthony Martial.

The former club great has kept a close eye on the forward options for Ole Gunnar Solskjaer’s side, with a new-look team contributing to an impressive upturn in form as the Red Devils bid to secure a top four finish and Champions League qualification.

Cole has watched as a front three of Marcus Rashford, Anthony Martial and teenager Mason Greenwood have thrived in recent weeks, but believes the attributes of loanee Ighalo – and his tendency to run in behind – can offer a different dimension to Solskjaer’s attack.

“Defenders always want to push up. That’s where they want to be,” Cole told The Athletic. “The last thing they want is players running behind. (Jamie) Vardy’s very good at it. It’s his strength — quick as f*ck in his early 30s. Rapid. But not enough do it. Odion (Ighalo) does it. That’s why he’s different. You have to stretch games. He doesn’t always want to go feet, feet, feet.

“I like Odion. His attitude is bang on. He’s at a club he’s always supported and will always give 100 per cent. He gives something no other player does. He makes little darter runs to get behind defenders — and they hate that. They want to be facing up the pitch, not running towards their own goal.

“If the full-backs are looking after the wingers and the centre-half isn’t there, the defender can have a field day.”

Cole also discussed the progress of Martial who has impressed since returning to a central role this season, enjoying the best goalscoring season of his career to date and scoring six times in seven league appearances since the restart.

Cole, however, is keen to see more from the France international and believes he has further room to improve, urging the 24-year-old to ‘show more desire and passion’ as he bids to increase his goalscoring numbers.

“We all get caught up in the debate about Martial,” Cole added. “I’m not sure where he wants to play.

“He came for big money and he’s very talented. He has to show more desire and passion at times. He’s got good feet and a lovely first touch. He’s got blistering pace too but you don’t see it enough. He wants the ball to his feet but he should mix it up a bit more.”

There was also lofty praise for Greenwood following the 18-year-old’s stunning breakthrough campaign, the academy graduate having scored 16 goals in all competitions to announce himself amongst the most exciting talents in English football.

Cole believes the youngster is already way ahead of where he was at a similar age and has backed the ‘special talent’ to become the best of United’s current attacking options, likening him to a young Wayne Rooney.

“A special talent,” said Cole. “He’ll get better and better. He scores with his left foot and right foot. He has the potential to surpass Marcus and Anthony. I’m not even sure if he’s that fast but 16 goals at 18 is incredible. When I was his age, I wasn’t close to Arsenal’s first team.

“This is Wazza level. He wasn’t even expected to be in the team this season.”