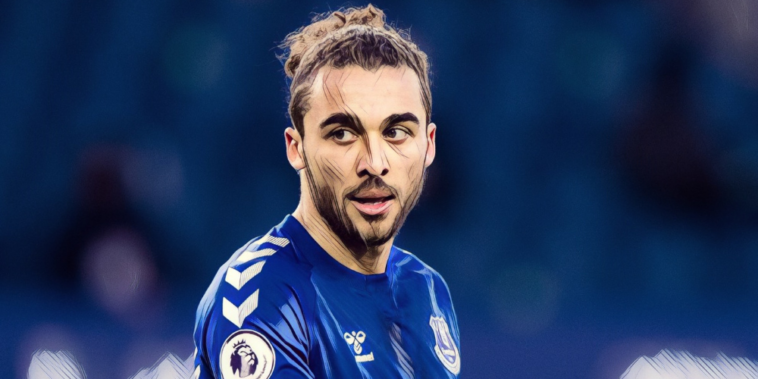 Carlo Ancelotti has confirmed that Everton will be without leading scorer Dominic Calvert-Lewin for the club’s Premier League clash with Tottenham tomorrow evening.

Calvert-Lewin missed the club’s goalless draw with Brighton last weekend and has been ruled out once again for the meeting with Spurs on Friday, as both sides bid to keep alive their hopes of securing a top-four finish and Champions League qualification.

The 24-year-old has been in excellent form this season and has scored 19 goals in all competitions, in addition to netting four times in six appearances for England since making his senior debut in October.

Ancelotti did confirm that he is hopeful the forward will be back to face Arsenal on April 23, with Bernard, Fabian Delph and Yerry Mina also closing in on returns.

“In the next week we are going to have Dominic Calvert-Lewin, Yerry Mina, Fabian Delph and Bernard.” he told his pre-match press conference.

“It will be longer for Gbamin and Doucoure.”

Ancelotti discussed the latest setback for Gbamin who has been ruled out for the remainder of the campaign after sustaining a knee injury, the 25-year-old having managed just three appearances for Everton since signing in a £25m deal from Mainz in 2009.

The Italian says the midfielder will aim to return for the start of next season after two injury-ravaged seasons on Merseyside.

“The plan for him (Gbamin) is to be back at the start of the new season,” Ancelotti told his pre-match press conference.

“The news is that he doesn’t need surgery but he has to stay out at least eight weeks and so this season will be finished for him.”

There was however more positive news on England international Jordan Pickford who is fit to return for the clash with Spurs, whilst Allan, Andre Gomes and Josh King will also be available for selection for Everton.