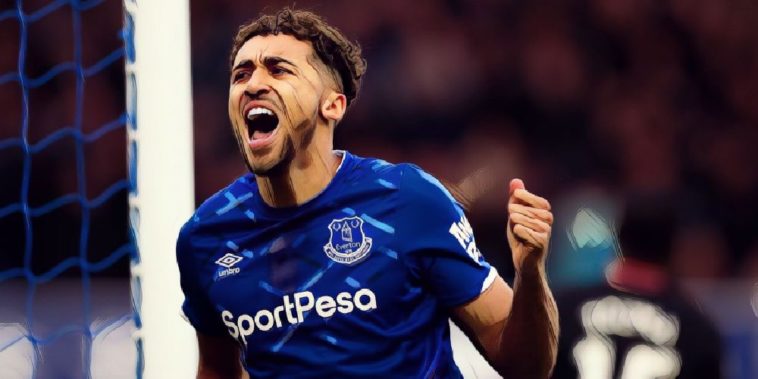 The Toffees star is enjoying the best form of his career at present, his headed goal during last weekend’s 1-1 draw at West Ham taking the 22-year-old to 11 goals in all competitions so far this season – with nine of those coming in the Premier League.

Six of those goals have come in the forward’s last eight league appearances, the youngster having thrived in recent weeks following Ancelotti’s arrival at Goodison Park as the club’s new manager.

The Everton boss has been left impressed by Calvert-Lewin’s performances in recent weeks, describing the in-form star as a ‘great striker’ and backing him for a senior England call-up in the future.

Harry Kane’s long term absence with a hamstring injury, and Marcus Rashford’s back injury has left the door open for English forwards ahead of the Three Lion’s friendlies with Italy and Denmark in March, and Ancelotti believes the club’s number nine should be amongst a host of players being considered by Gareth Southgate in the coming months.

“Of course he can play for England, no doubt,” Ancelotti said. “England has fantastic strikers.

“He has to fight, but he has the quality and possibility to be a great striker in England and for England.”

Calvert-Lewin has made 17 appearances for England’s U21 side, but is yet to receive a senior call up.