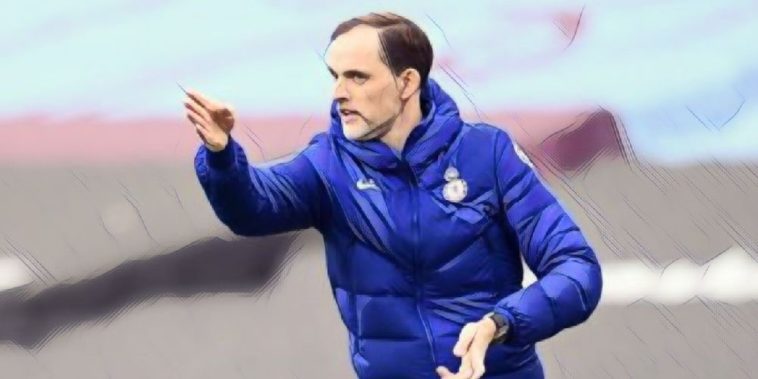 Chelsea put themselves in pole position for a top four finish, beating 10 man West Ham 1-0 at the London Stadium.

Unsurprisingly, Chelsea enjoyed large swathes of possession from the off, as the well-drilled Hammers looked content to sit back and wait for their moments.

After keeping it tight for the opening 30 minutes or so, West Ham grew in confidence and had a solid spell of possession towards the end of the first half, though would end up falling behind two minutes from the break following a Chelsea breakaway.

Timo Werner dropped in between the midfield and defence to receive the ball, holding off the challenge of Issa Diop before laying it off to Christian Pulisic. The American fed Ben Chilwell down the left, before the 24-year-old wing-back picked out Werner in the box, the Blues number 11 firing his side ahead with a first time finish, his first goal since mid-February.

West Ham started the second half brightly but were unable find a leveller, while Lukasz Fabianski would make a couple of smart saves at the other end to keep the score at 1-0. Goalscorer Werner also missed a glorious opportunity to double his tally, sending an effort wide after pouncing on a parry from the West Ham ‘keeper following a Mason Mount effort.

Any hopes that West Ham had of salvaging a result would be ended as they finished the game with 10 men, Fabian Balbuena seeing red after his clearance caught Ben Chilwell, a decision that seemed harsh on the Paraguayan who could do little about his follow-through in what was another low moment for VAR.

Fabian Balbuena is sent off by referee Chris Kavanagh after he caught Ben Chilwell with his follow through.

The result solidified Chelsea’s position in the top four and moved them three points clear of today’s opponents, and boss Thomas Tuchel was delighted with his side’s performance.

“The boys are very, very happy in the dressing room, it was a great performance, an amazing result and I think a well-deserved win for us,” he told Sky Sports.

“The first 10-15 minutes in the second half, we did not come out very well from the dressing room but the last half-hour was excellent and the first half was excellent.

“It was a pretty normal preparation and we did not talk one more word about Super League from Tuesday on. I felt everybody was very concentrated and enjoying the focus on the game.

“We said we could arrive with confidence because before we have had crucial away matches on the highest level in the Premier League, Champions League and FA Cup and we knew we could deliver and win these matches.”

Timo Werner has been well-criticised following his underwhelming debut season since his move from RB Leipzig, though Tuchel was pleased with the performance of his compatriot.

“He always gives everything, he could have made it more comfortable but I am very happy because he played a very good match.”

Next up for Chelsea is a Champions League semi-final first leg against Real Madrid.