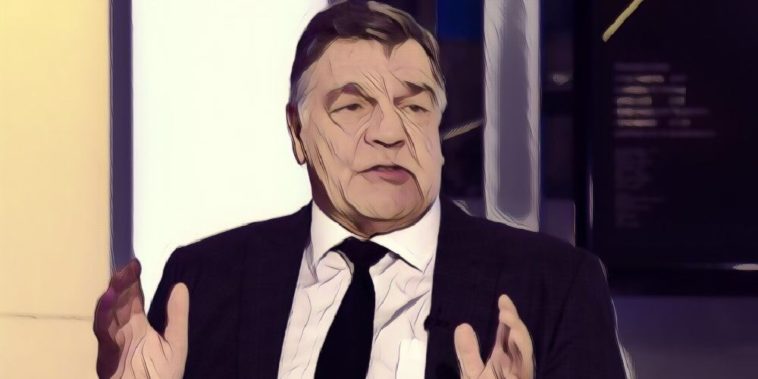 Sam Allardyce reckons the Premier League should play some games abroad in order to allow clubs to have a ‘proper pre-season’.

The infamous 39th game was first floated around back in 2008 when the Premier League put forward plans for each team to play an additional league game at a series of neutral venues around the world. However, after much deliberation and criticism from the length and breadth of the football fraternity – including Mr Corrupt himself, Sepp Blatter – the idea has been forgotten about – for now at least.

However, one man who is seemingly in favour of something similar to the much-maligned 39th game is Sam Allardyce, who reckons the Premier League should play one or two games overseas to prevent clubs having to jet around the world for money-spinning pre-season tours.

Here is what Big Sam had to say on the matter.

“Man United are doing it again, like all the big clubs again, I mean, look at the travel,” the disgraced former England boss told talkSPORT.

“These lads are going to come back, have no pre-season, it isn’t pre-season any more! It’s ‘Come back and play football straight away’.

“We’ve got the NFL coming here, we’ve got everybody coming in here, lets go and play a competitive league game abroad and make the extra millions, and for God sake, let’s get back to letting the players have a proper pre-season, because injuries are coming because of this straight into football. By the time Christmas comes, we play in the Christmas period with no break, [and there are] catalogues of injuries.”

One major difference of course from today’s modern day footballers compared to the ‘athletes‘ of Big Sam’s playing days is that players maintain their fitness and nutritional programmes throughout the summer breaks, rather than letting themselves go over the summer, as was so often the case back in the day.

However, responding to a Wolves fan who questioned why he should have to go across the world to see his side play a regular domestic fixture, Allardyce says his suggestion is simply to try and protect the players.

“Because the clubs don’t really look after the fans,” he responded.

“This is worldwide, branding business, that other sports – that we seem to go along and support – like the NFL comes over here, Tennis players all over the world, so does golf.

“We only take football via Television all over the world, so when the clubs are looking for more and more money, what I’m saying is, and I’m trying to protect the players here, is that the players don’t have a pre-season [any more]. I’m looking after the welfare of the players.”

“There’s no pre-season anymore… it’s all about going abroad to make money.”

“The fans have enough games here.”