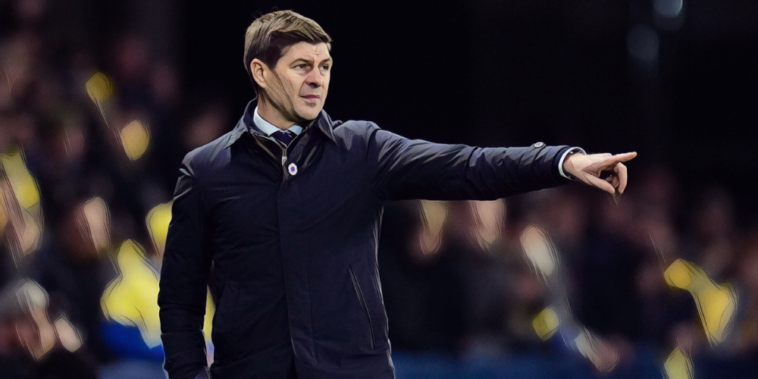 Steven Gerrard’s appointment as the new manager of Aston Villa is ‘all but done’ with an announcement expected within 48 hours.

Gerrard is expected to be named as Dean Smith’s successor at Villa Park, with the Premier League side having identified the Rangers manager as their leading candidate following Smith’s sacking last week.

Birmingham Live are reporting an announcement is ‘expected’ within 24-48 hours, with Gerrard said to be currently finalising his backroom staff, ahead of a move south from Scotland to take charge of Villa.

Gerrard has won admirers in his first senior role at Ibrox, having guided the Glaswegian side to a drought-breaking Scottish Premiership title in unbeaten fashion last season, ending Celtic’s nine-year stranglehold north of the border.

The 41-year-old will be tasked with reviving Villa’s faltering fortunes this season, with Smith having been dismissed following a run of five consecutive Premier League defeats, last Friday’s 1-0 loss at Southampton leaving the club just two points above the relegation places.

Managing director Christian Purslow is an admirer of the former Liverpool captain, having known Gerrard from his time working on the board at Anfield.

Gerrard – who has been filmed arriving in London – will take charge of Villa for the first time against Brighton on November 20, should his appointment be finalised in the coming days, while he would take the Villains to former stomping ground, Anfield, on December 11th.