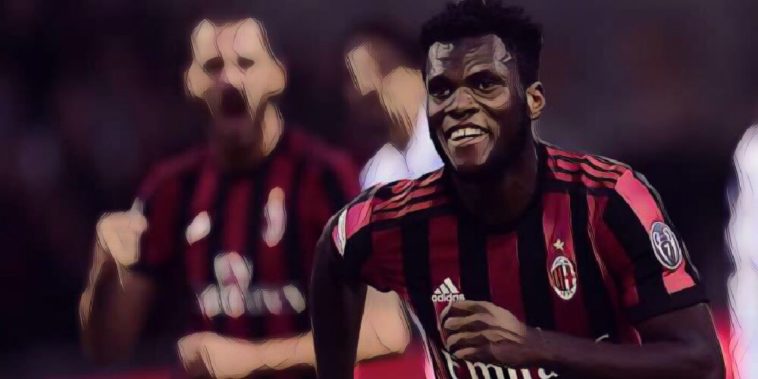 The agent of AC Milan midfielder Franck Kessie has discussed the player’s recent contract talks, amid rumoured interest from a number of Premier League sides.

The Ivory Coast international is seemingly on the radar of a number of clubs across Europe, having developed into a key player for the Serie A outfit in recent years, after joining from fellow Italian side Atalanta, initially on-loan, in 2017.

The 24-year-old midfielder has since scored 29 league goals for the club across the last few seasons and was a pivotal part of the side that finished second in Serie A last season to end the club’s lengthy existence out of the Champions League.

Despite his importance to Stefano Pioli’s side, the player’s future is currently up in the air with less than a year remaining on his existing deal, meaning he can sign a pre-contract agreement as early as January 1 ahead of a move at the end of the season.

That fact – as well as his undoubted talent – is said to have piqued the interest of a handful of clubs in the Premier League, with Tottenham Hotspur believed to be one of those considering making a move, as too are London rivals, Chelsea.

Recent reports have also suggested that Liverpool could be a potential destination, as the club eyes a replacement for Gini Wijnaldum, while Manchester United are also known to be in the market for a midfielder, particularly if contract rebel Paul Pogba departs in the summer.

Amid that speculation, Kessie’s agent George Atangana has revealed that his client has received a contract offer from Milan, although suggested that the offer is significantly short of what the player is looking for.

“An important player needs a contract that is up to his standards,” he told Calciomercato.

“There was a formal offer from the club and a request from the agent, but we are talking about figures a long way off what you are referring to [£6.5million a year].

“For too long people have been saying things in the wrong way. I am sorry for those who read these stories and believe them to be true.”