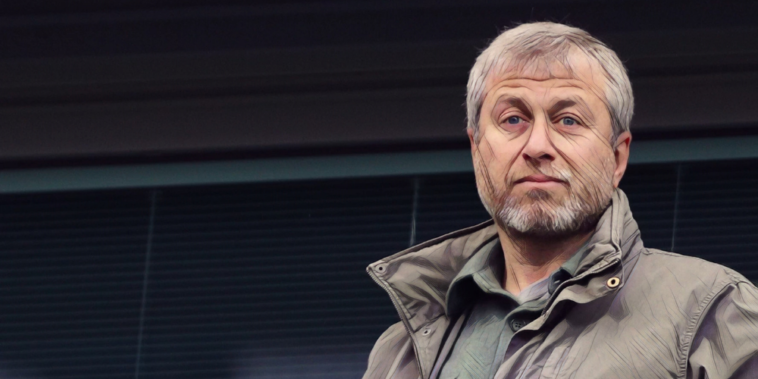 Roman Abramovich is willing to ‘consider’ bids for Chelsea for the first time as the Russian owner prepares to receive offers for the club.

Abramovich is expecting to receive multiple offers for Chelsea this week as pressure grows on the billionaire, amid the threat of sanctions following Russia’s invasion of Ukraine.

The 55-year-old released a statement at the weekend confirming that he would be handing over “stewardship” of the west Londoners to trustees of the club’s charitable foundation, following the scrutiny he has faced amid alleged links to Vladimir Putin.

The Telegraph are reporting that Abramovich is now considering handing over permanent ownership of Chelsea for the first time, having previously insisted the Blues were not for sale. He has rejected past offers of £2.2 billion for the Premier League side, whilst the club owe debts of £1.51bn to the Russian which would expect to be covered in any sale.

Abramovich bought Chelsea for a figure of just £140m in 2003, with no English club having won more trophies since his arrival at Stamford Bridge.

There are believed to be ‘three parties’ considering an approach for Abramovich, though clarity is first needed as to whether they would be able to trade with the Chelsea owner, who has faced calls for his assets to be frozen and seized.

Abramovich is claimed to have been involved in potential peace talks after answering a call from Ukrainian film director and producer Alexander Rodnyansky to help attempt to find a peaceful resolution, though his influence is said to be ‘limited’ despite his alleged links to Putin.