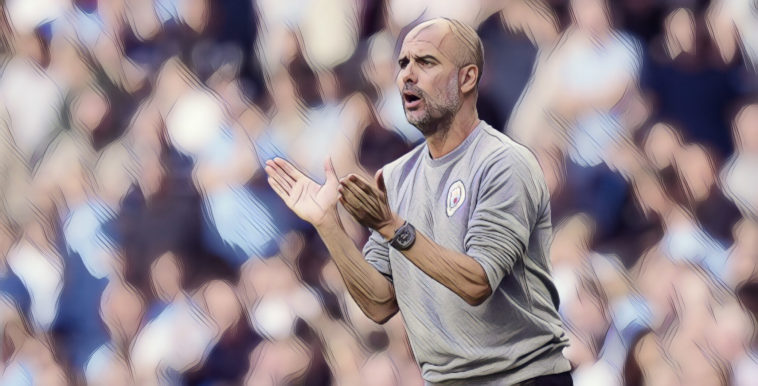 VAR drama ensued as Manchester City were held to a goalless draw by a spirited Southampton at the Etihad on Saturday afternoon.

The champions had gone into the match having netted five-plus goals in their last four home games in all competitions, yet they struggled to fashion any real clear cut chances against Ralph Hasenhuttl’s battling side.

The encounter truly sparked into life after the interval when it looked as if the away side had been awarded a penalty after a foul from Kyle Walker on Adam Armstrong in the penalty area, with the England defender initially sent off for the challenge.

However, following a lengthy VAR review, both the dismissal and the penalty were controversially overturned, after referee Jon Moss had consulted the pitchside monitor.

At the other end of the pitch, Saints stopper Alex McCarthy had enjoyed a relatively quiet afternoon against the usually relentless hosts, although he was called into action in the final few minutes to deny Phil Foden’s headed effort, with Raheem Sterling’s rebounded finish eventually ruled out for offside after yet another tight VAR call.

With that decision denying Pep Guardiola’s side what had looked to be a late winner, City – who only had one shot on target on the day – were left having to settle for a point after what was a below-par performance by their usual high standards.

Guardiola seemingly agreed with that assessment as he admitted that the stalemate was a ‘fair result’ after a disjointed display from his side.

”We struggled with our build up. It was not precise, not good. We lost more balls than usual, and we were not very comfortable connecting with the players up front,” Guardiola told BBC’s MOTD.

”We had chances, but a draw was a fair result. We tried to win but we couldn’t do it.”

The former Barcelona boss also offered his thoughts on the potentially contentious VAR decisions in the game, which first saw Kyle Walker reprieved over a potential penalty, before the home side were denied a late winner by offside.

“I didn’t see either of them; the penalty or the disallowed goal. I don’t have VAR in my dugout. It was given by VAR, so it isn’t a penalty.”

Man City are next in action at home to Wycombe Wanderers in the Carabao Cup on Tuesday night, before a huge top of the table clash with Chelsea on Saturday afternoon.