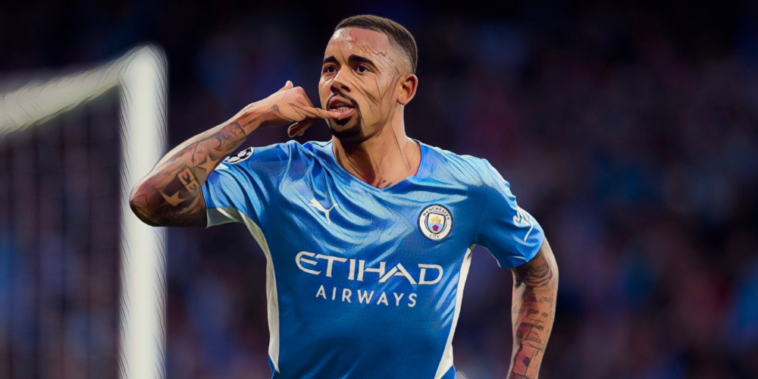 Arsenal are set to announce the signing of Gabriel Jesus from Manchester City, with an agreement described as ‘100% done’.

Jesus has just one year remaining on his deal with Manchester City, and has emerged as a key transfer target for Arsenal in recent weeks as they look to bolster their attacking options.

There were question marks surrounding the club’s decision to allow Pierre-Emerick Aubameyang to leave the club in January without bringing in a replacement, while fellow striker Alexandre Lacazette has also been allowed to leave following the expiry of his deal at the Emirates.

That leaves young forward Eddie Nketiah as the Gunners’ only recognised senior striker, prompting Arsenal to make a move for a player well-known by Mikel Arteta.

Arteta worked with Jesus during his time as Pep Guardiola’s assistant at Manchester City, and has made the Brazilian his primary transfer target.

Reports on Friday revealed that Arsenal had reached an agreement with City worth around £45 million, and now, according to Fabrizio Romano, the club have ‘fully agreed’ personal terms with the player and his agent.

Even despite the departure of Sergio Aguero last summer, Jesus struggled to command a regular starting position under Pep Guardiola this season, starting just 21 Premier League games last term, while frequently being deployed in a more unfamiliar right-wing position.

Despite his somewhat limited gametime, he still finished the season with figures of 12 goals and 13 assists in 41 appearances in all competitions, claiming a fourth Premier League winners medal in the process, averaging a goal or assist every 103 minutes.

Arsenal have also in talks for Jesus’ international teammate, Raphinha, having made Fabio Vieira their first major signing of the summer earlier this week.