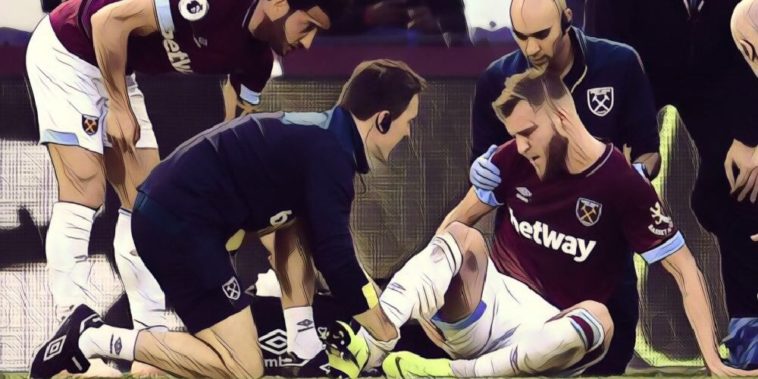 Andriy Yarmolenko has showed his appreciation for the support he has received from West Ham United fans during his spell on the sidelines.

The Ukrainian international has been out of action since October due to an Achilles injury and could be out for the remainder of the season.

Yarmolenko said, however, that support from the Hammers faithful is aiding him in his recovery.

“I’ve had so many positive messages from West Ham fans. For me it really helps,” Yarmolenko told whufc.com.

“West Ham supporters are really passionate and I think we, as a group of players, we really appreciate that.”

“The atmosphere at London Stadium has been really good.

“When I come to the matches you can really feel the noise from the fans getting behind the team. I can’t wait to be back and to feel this again.”

Yarmolenko had a bright start to life at the London Stadium, scoring two goals in nine Premier League appearances for West Ham United before injury struck, but the winger is philosophical about the setback.

“You must understand that, as a professional football player, maybe sometimes injuries happen and you must be ready for this,” observed the former Dynamo Kiev star.

“Of course, it’s not the easiest to be without football because I love this, but it’s happened and you must concentrate on your recovery and of course everyone helps me – my family, my teammates and the staff because here in West Ham we are one big family and it’s really helped me.

“Now I’m only concentrating on my recovery because I want to be back soon.”