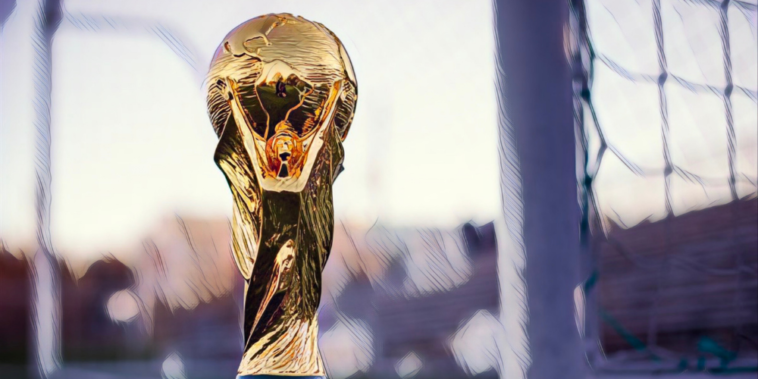 The World Cup is fast approaching as international football’s best teams travel to Qatar in November, an unprecedented first tournament in the winter months.

Several sides have secured their place at the finals, but there remains many still competing for qualification for world football’s biggest global event.

Qatar will be the last tournament with 32 teams before its expansion and we’ve looked over which teams have qualified and who remains in contention to feature this winter.

Just three of the 13 places for European teams are yet to be decided as the play-offs heat up, with England, Germany, Spain and reigning world champions France among those already qualified.

Denmark, Croatia, Serbia, Belgium, Switzerland and the Netherlands will also be in Qatar, the latter making their World Cup return after missing out on qualification to Russia in 2018.

Play-off ties will decide the three remaining places with Portugal set to face North Macedonia and Poland hosting Sweden for a place in the finals.

Scotland’s semi-final with Ukraine has been postponed until June as a result of Russia’s invasion of Ukraine and the winners of that tie will take on Wales, raising the prospect of an all-British showdown for World Cup qualification.

Italy are the major casualties of Europe’s qualification after losing to North Macedonia in the play-offs and the Azzurri will become the fist European champions since Greece in 2006 to miss the World Cup.

South American qualification is notoriously difficult, but the superpowers of Brazil and Argentina are already assured of their place at the World Cup after securing top two finishes.

Each remain unbeaten after 16 fixtures and will be joined by Ecuador and Uruguay who are third and fourth, both sides unable to be caught by the chasing pack.

Fifth place in CONMEBOL faces a play-off tie against a team from Asia’s qualifiers and Peru, Colombia and Chile could all secure that finish ahead of the final round of qualifiers. Peru are in pole position and will secure the play-off spot with a win over Paraguay in Lima on March 29.

Africa’s five representative sides will be decided on Tuesday evening as the remaining teams play out the second legs of their play-off ties.

Algeria also hold an advantage after beating Cameroon 1-0 in the away leg of their tie, whilst Tunisia hold a one-goal advantage over Mali.

The Nigeria-Ghana and Morocco-DR Congo ties are level ahead of the return fixtures.

South Korea, Iran, Japan and Saudi Arabia are all guaranteed their place at the World Cup, with the former finishing the second round of qualification unbeaten to maintain their record of reaching every tournament since 1986.

Australia – who finished third in Group B – will take on the third-place team in Group A and the winner of that tie will face an inter-continental play-off. Peru, Colombia or Chile await the Asian side that reaches that play-off.

Canada beat Jamaica 4-0 to reach their first World Cup in 36 years on Sunday, having assured a position in the top three of CONCACAF World Cup qualification.

The Canadians – who can count Lille’s Jonathan David and Bayern Munich’s Alphonso Davies among their squad – have not featured at the finals since 1986 but will take their place in Qatar.

The last time Canada's men reached the World Cup was 1986.

The same year that Argentina last won it 👀🏆 pic.twitter.com/ny4DO0G9W1

The USA, who prematurely celebrated qualification after a Christian Pulisic-inspired 5-1 win over Panama at the weekend, are all but assured of their place. Only a defeat of six or more goals against Costa Rica in their final qualifier can condemn the US to the play-offs.

Mexico are level on points with the USA and will qualify with a point against El Salvador on Thursday. Costa Rice are guaranteed to finish at least fourth and will face a play-off against either New Zealand or the Solomon Islands.

Oceania is the only federation not guaranteed a place at the World Cup and its qualification winner will take on the fourth-placed team from North/Central America in a play-off.

New Zealand will take on the Solomon Islands for that position in the neutral venue of Qatar on March 30.

Qatar will compete at the World Cup for the first time after earning qualification as the tournament’s host nation.

Qatar won the Asia Cup in 2019 and has participated as invitational guests at the 2019 Copa America and 2021 CONCACAF Gold Cup.

The side also reached the semi-finals of the 2021 FIFA Arab Cup, losing to Algeria.