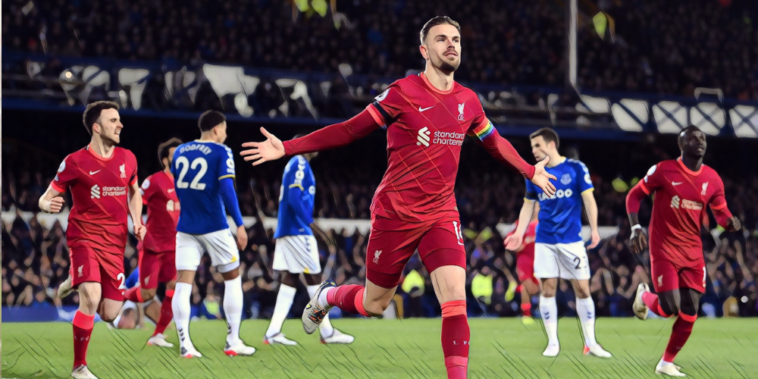 Wolverhampton Wanderers take on high-flying Liverpool at Molineux this weekend, the visitors seeking a fifth successive win in all competitions.

Here’s everything you need to know about Saturday’s meeting:

Wolves have somewhat flown under the radar so far this season under new boss Bruno Lage, the club currently in sixth and just three points off West Ham United in fourth, with a real battle emerging among a number of teams for that final Champions League spot.

It had been a difficult start for the Portuguese in his new surroundings, the Midlands side losing four of their opening five league games and failing to score in each of those defeats, although they have since lost just once – against Crystal Palace a few weeks ago.

There has then been a marked improvement in recent months, although those lingering concerns over their struggles in front of goal remain, Lage’s men having scored just once in their last four league games, including firing a blank in their recent goalless draw with Burnley.

As they had done in the stalemate with struggling Norwich City at the weekend, Wolves largely dominated possession yet couldn’t turn that into three points, with an Adama Traore effort that struck the crossbar the closest the hosts came to breaking the deadlock at Molineux.

They will be hoping for a more clinical display this weekend against an in-form Liverpool side, although recent evidence would suggest that it will be an uphill battle to even get a point, having lost each of their last nine league meetings against the Merseyside outfit, stretching back to December 2010.

Ahead of that clash, the club remain without long-term absentees Yerson Mosquera, Pedro Neto and Jonny, while Willy Boly and Daniel Podence are also likely to be unavailable. On a more positive note, Ruben Neves is free to return after missing the visit of the Clarets due to suspension.

Liverpool march on in their pursuit of the title having hit four for the third league game in a row in the Merseyside derby on Wednesday night, having cruised to a resounding 4-0 win over Southampton at Anfield just a few days earlier.

The Reds ensured it would be a dismal reunion for former boss Rafa Benitez, the Spaniard watching on as his Everton side were brutally dismantled at Goodison Park, with Mohamed Salah netting a brace in the eventual 4-1 victory.

That typically ruthless double means the Egyptian now has 19 goals in just 19 games in all competitions so far this season, while he now has 13 goals and eight assists in the league to leave him top of both charts.

Although Salah was able to capitalise on some slack Toffees defending, there was undoubtedly little the hosts could do at times to contain what was a ferocious Liverpool side who appear hellbent on securing a second league title in three seasons.

The only negative for Jurgen Klopp’s men is that they are not alone in their quest for the title, with both Chelsea and reigning champions Manchester City also in imperious form of late, the three sides currently separated by just two points and pulling clear of the rest of the division.

As for this weekend’s clash, it may come too soon for both Naby Keita and Joe Gomez who are nearing a return, while Brazilian forward Roberto Firmino is also still unavailable with a thigh injury.

The two sides last met towards the end of last season, with Liverpool arriving at Molineux having seen their title defence derailed after slipping to six defeats in their previous seven league games.

In a match devoid of real quality, the telling blow came on the stroke of half-time as Diogo Jota fired in under Rui Patricio, the forward returning to haunt his former side after having made the switch to Anfield the previous summer.

Mo Salah then saw a late strike ruled out for offside as the game remained at 1-0, albeit with a notable moment of concern seeing Patricio stretchered off following a collision with teammate Conor Coady.

Having deservedly hung on for the win, the Reds kept their top-four hopes alive, while for the hosts the defeat came amid what was a disappointing final campaign under Nuno Espirito Santo.

What channel is Wolves v Liverpool on?

The match is not available to watch or stream in the UK.