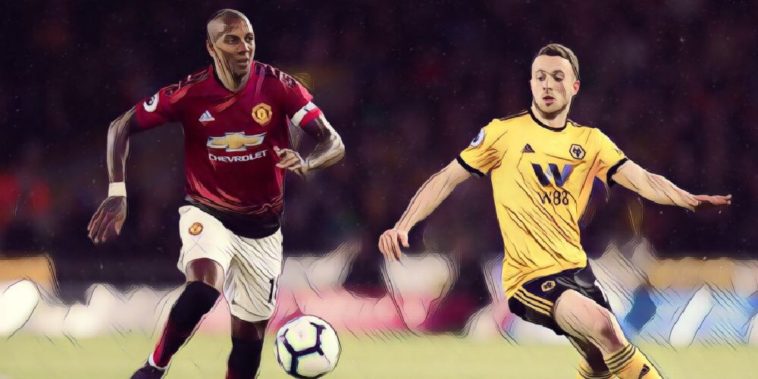 With a top four place fixed firmly in their sights, Manchester United took a tough Tuesday evening trip to the Midlands as they looked to see off a feisty Wolves side at Molineux.

It was the home side who triumphed with an impressive 2-1 victory against a shell shocked Manchester United. Here’s a look at five things we learned from a hugely entertaining 90 minutes.

United on the offensive with impressive start

It took the visitors just 13 minutes to break the deadlock after a bold, aggressive start. It’s become a hallmark of United under Ole Gunnar Solskjaer, for his side to go out with the bit between their teeth and so it was here as his side dominated the opening 20 minutes.

Some smart and snappy build-up play from the right side saw Scott McTominay fed the ball. The Scotland international took a punt from 20 yards with a low drive, skimming across the wet surface to beat Rui Patricio and give the 22-year old his first senior goal.

Solskjaer would have been delighted with the start his side made against one of the best home sides in the division. They really should have at least another goal in the opening exchanges as well, when Romelu Lukaku played in Jesse Lingard who saw his effort well saved by Rui Patricio.

Hosts recover well and battle to level it up

Despite a shaky start, Nuno Espirito Santo’s men came back well to hit back at their opponents. The men in old gold began to swarm every United player in possession, regaining their momentum in the process.

An equalizer was coming and deserved for the hosts, and it came on 25 minutes. It was Raul Jimenez who pounced on Fred’s sloppy gifting of possession after the Brazilian struggled with his keeper’s ball out. The Mexican slid in Diogo Jota who beat the offside trap and fired past De Gea to make it 1-1.

Wolves from thereon in grew into the game and began to assert the dominant, bombastic style we’ve become accustomed to this season.

The defence remains very much part of the grand rebuilding works that Ole Gunnar Solskjaer will have to do if he is to turn his club into title contenders once more. The Norwegian will be unhappy at how easily his backline was caught out by Jimenez’s slicing ball through their lines, as well as the chaotic way they dealt with Wolves overall on the night.

That’s now 42 conceded in the league with six games still to play, and no sign of clear leadership in the United back line will be a real cause for concern that will need urgent attention in the summer transfer window.

It’s the first time since May 2016 that United have failed to win a Premier League game after going a goal to the good, and the general disarray in their defensive lines will not serve their top four hopes any good whatsoever.

Nuno Espirito Santo’s men came out for more of the same in the second half as they continued to take the game to the visitors. United got a foothold back in proceedings though and started to get a bit of joy down the left-hand side on the counter.

Having looked as though they had survived a fresh bout of Wolves pressure, United saw their chances diminish dramatically though when Ashley Young was shown his marching orders for a second yellow, following a naughty challenge on Diogo Jota.

It was the 100th red card that Mike Dean had brandished in the Premier League and saw the home support rise by a few decibels. The supporters sensed a big victory was now within grasp as Solskjaer dug in with the introduction of Phil Jones for Fred with around 30 minutes still to play.

The winner was another defensive mishap from the visitors as Phil Jones, De Gea and Chris Smalling all failed to deal with a dipping cross in from the right, the ball was eventually bundled home from a few yards out by Smalling, past his own keeper to the delight of the home support.

The home support was terrific all night as the Molineux faithful drank in yet another big result against a top-six side. Nuno Espirito Santo and his coaching staff have turned their club into one of the toughest sides to beat on their day and this was very much their day.

They were sharper and hungrier than United, pressing with intensity and defending with bravery, despite that early rocky patch. The Wolves players refused to let a defender become isolated, insulating their position with numbers and clever zonal play which constricted United and closed off spaces in the central areas.

On the break, they were menacing and could have had a least one more for their troubles, had their final ball been a tad better, but that will not bother them too much after a performance as strong as this. That’s now 13 points Wolves have taken from the top six clubs this season, an incredible achievement for a promoted side.

“We’re Wolverhampton, we’re on our way back” sang the home fans on a joyous night. As it stands they are on course for European football, their highest ever Premier League finish and have a FA Cup semi-final around the corner, high times indeed to be a Wolves fan.