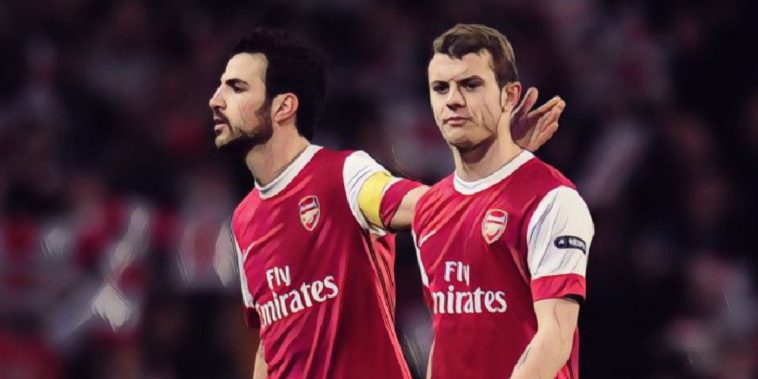 Jack Wilshere has recalled the negative impact caused by Cesc Fabregas’ Arsenal exit and how the midfielder’s departure signalled a lowering of expectations at the Emirates.

Fabregas emerged as the leader of a transitional Arsenal side under the guidance of Arsene Wenger, being named as club captain 2008 and starring alongside the likes of Robin van Persie and Samir Nasri.

The north London side briefly challenged for the Premier League title during the 2010/11 campaign, though the season proved to be Fabregas’ last with the Gunners as he left for Barcelona that summer.

Wilshere admits that the Spaniard’s departure had a detrimental impact on the Arsenal dressing room, and says Fabregas’ exit halted the club’s momentum with Van Persie and Nasri leaving to join Manchester United and Manchester City respectively the following summer.

“Yeah it did [have a negative effect]. The big players like Robin and Nasri were asking the question like ‘Why is he going, we think we’re supposed to be challenging for the Premier League’,” Wilshere told The Lockdown Tactics podcast.

“Why is our best player and our captain leaving? Then you see obviously Nasri went to City and I got on really well with Samir and I remember having a conversation with him and he was saying what City are building, it’s hard not to want to be a part of that.

“I could understand where he was coming from but at the same time, it hurt because he was so good for us.

“He was going to be one of the reasons why we’d improve and start challenging. I’d always think back to that first season and when we came so close and thinking what would’ve happened.

“Would Cesc have stayed, attracted bigger players challenged in the Champions League? But year after year players left.”

Wilshere – who eventually left Arsenal to join West Ham in 2018 following a string of injuries – admits that the departures of key personnel ended the club’s aspirations of challenging for the title, conceding the Gunners’ focus shifted solely to securing a top four finish and Champions League qualification.