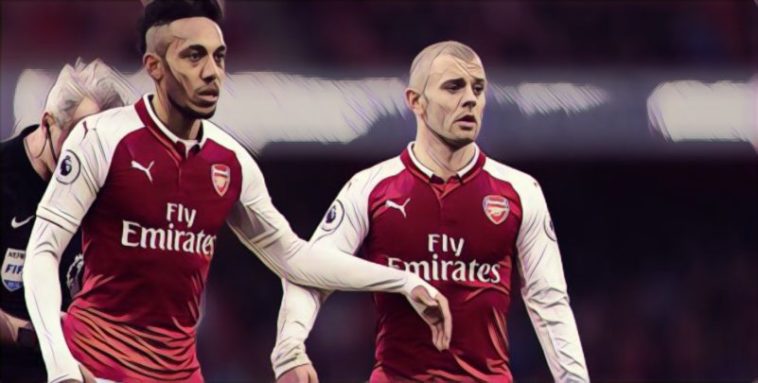 West Ham’s Jack Wilshere has explained why his former teammate Pierre-Emerick Aubameyang is a “dream” to play with.

The Hammers earned a first home victory over Arsenal since 2006, on Saturday, with former Gunner Wilshere working as a pundit as he looks to recover from his latest injury setback.

Despite Aubameyang drawing a blank at the London Stadium, Wilshere was full of praise for the Gabon international who has scored 24 times in just 35 Premier League appearances since his big money switch from Borussia Dortmund last January.

“For a midfielder he’s a dream,” Wilshere told Sky Sports.

“He came in January last year and I played with him for the second half of the season.

“He makes runs and he gets frustrated when midfielders don’t find him.

“But he does it consistently throughout the game, he will make three or four runs a half that are crying out for a ball to be put in behind.

“Defences in the Premier League will hate that.

“As a centre-back, the last thing you want is a quick player who runs behind and he does that.”

Wilshere joined West Ham on a free transfer from Arsenal last summer, although the 27-year-old England international has made just five Premier League appearances for the Hammers due to injury issues.