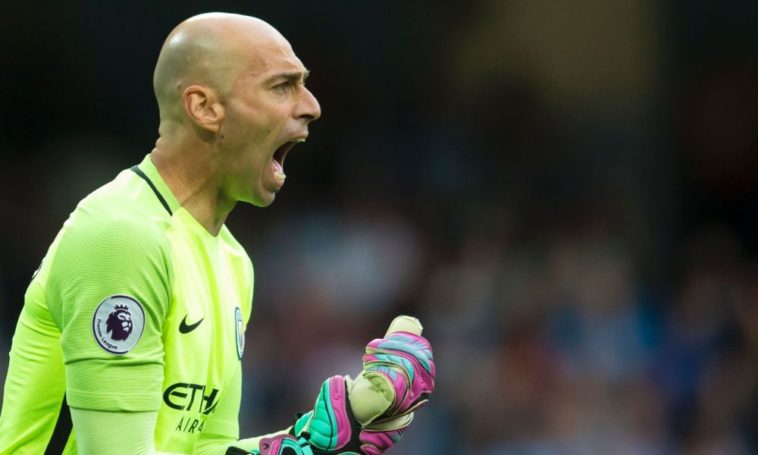 Chelsea has kicked off the transfer window by signing goalkeeper Willy Caballero to a one-year deal, replacing Asmir Begović as backup to Thibaut Courtois.

The Argentine spent most of his career in La Liga with Elche and Màlaga before joining Manchester City in 2014. He was mostly depended on for cup matches as former City boss Manuel Pellegrini frequently started Caballero in the League Cup and FA Cup.

Even after he played in a 5-1 defeat to Chelsea in the fifth round of the 2016 FA Cup, the Chilean manager showed his faith in the now 35-year old by starting him in the Capital One Cup final against Liverpool. Caballero rewarded Pellegrini for his loyalty with three decisive saves in the penalty shootout to add another trophy to his cabinet.

He showed his prowess in goal during last season’s Champions League campaign. Caballero started in a thrilling 3-1 win over Barcelona, ending the Catalans seven-match winning streak against English sides. A master at saving penalties, the 6-foot-1 keeper stopped Colombian striker Falcao from the spot in the first-leg match in the Round-of-16 against AS Monaco.

After spending three years at Etihad Stadium, Caballero makes his move to Stamford Bridge after finishing his contract with the Citizens. He’s looking forward to contributing to his new club’s recent successes.

“I am very happy to join Chelsea, the champions of England.”

“I am looking forward to meeting the guys and helping the club achieve more success in the coming season.”

This is the first move in the new Nike era at the West London club, and a good one that brings experience to Chelsea’s bench.

“We are very happy to have Willy on board.”

“He knows the Premier League and is tried and tested at the top of the game.”

While Courtois remains the de facto starter in goal, Caballero is sure to bring some competition to the squad.

“We have three experienced goalkeepers,” Emenalo said. “We look forward to welcoming [Caballero] when the squad returns to pre-season training.”

Caballero was the starting goalkeeper for Argentina’s Olympic squad that won the gold medal at the 2004 Summer Olympics in Athens.

With many years of service under his belt, he will be sure to bring an aura of calmness to the bench that Chelsea fans will appreciate.