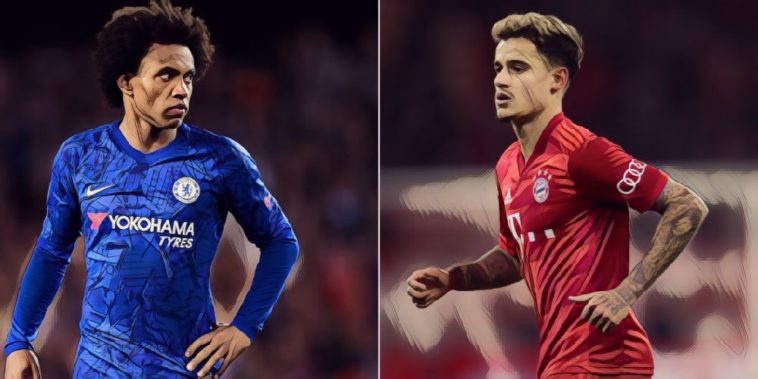 Kia Joorabchian has discussed the potential difficulties of this summers transfer market amid the coronavirus crisis and admits there is a ‘moral issue’ with potential big-money moves.

The current landscape of football, including the transfer market, is hugely steeped in uncertainty at present amid the coronavirus pandemic with governing bodies currently discussing various scenarios for the sport to continue.

Football’s current suspension is likely to have huge financial implications across the sport, however, and could see a dip in activity in the transfer market as clubs tighten their purse strings following a lack of recent revenue.

Super-agent Joorabchian – who represents the likes of Philippe Coutinho and Willian – has now opened up on the difficulties of player movement this summer, insisting he is yet to discuss potential moves with any of his clientele.

“None of my boys have spoken to me in terms of their future,” Joorabchian told Sky Sports. “All my boys are concentrating on getting through this period of time and getting back to normality.”

Joorabchian – memorably part of the third party ownership fiasco including Carlos Tevez – also says there could be a ‘moral issue’ with big-money moves this summer, suggesting there could be a reluctance from leading clubs to spend vast amounts of money on players amid the current struggles across the globe.

“It becomes very difficult to say ‘I’m going to spend £100m on a player,'” he added. “I think you’re also going to encounter a moral issue in this. Is it morally correct when others are suffering?”

Chelsea‘s Willian is one Joorabchian player likely to move clubs this summer, the Brazilian out-of-contract at Stamford Bridge with the two parties having failed to agree on a potential extension.

Arsenal and Tottenham have both been linked with a move to sign the 31-year-old on a free transfer, however, his agent refused to comment on the speculation and says there are greater matters of concern in the world at present than football transfers.

“There is a lot of speculation but I can genuinely explain to you we have not spoken about transfers or anything like that,” Joorabchian said.

“No one has the right feeling. Neither us nor the other side have the feeling to discuss something when so much is happening around the world that is so much more important.”