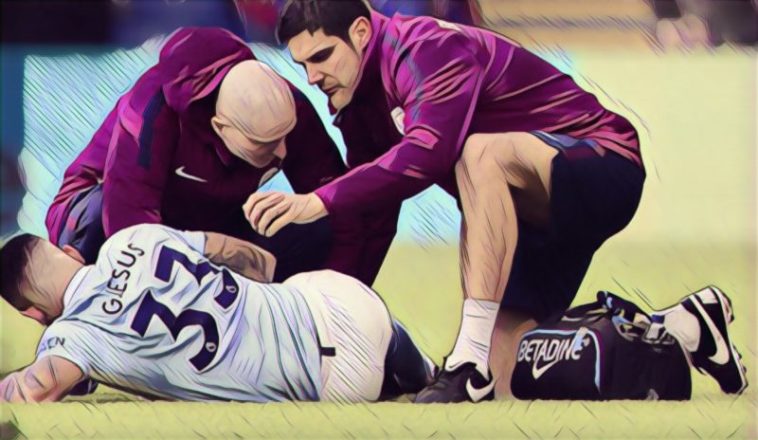 As the international break once again robs us of our beloved Premier League football,  supporters can at least take early stock of where their teams are thus far. This is not ideal for West Ham fans of course.

Four weeks and four games in to the new season, it’s already been a fascinating showcase for the would be title contenders. Liverpool and Chelsea (and Watford!) have made perfect starts. Man City are unbeaten and Spurs have nine points from twelve; hardly a disaster. With Manchester United and Arsenal stuttering, there is already a great deal of debate about where the big six clubs will end up in May 2019.

The two clubs who most punters backed to go toe to toe for the title; City and Liverpool have each made excellent starts. The draw at Molineux is the only blemish for Guardiola’s men. However, both clubs were expected to rip it up this season, flying out of the traps with the bit between their teeth and several other appropriate cliches.

This hasn’t happened so far though. Both sides have impressed at times, but they have also been made to dig in and grind games out. They have both looked extremely leggy as well, with their stellar midfielders and forward lines lacking that verve and intimidating dominance on the ball that was so prominent last season.

Spurs can also be included in this debate. In fact only Chelsea have so far looked unaffected by the Russian hangover, playing some really neat, snappy stuff all over the park.

It’s far too early to say one way or the other if this early season rustiness will be lethal to any of the aforementioned teams. However, it could prove to be something of a leveller in this season’s title race.

City were over the hill and far away by Christmas last season. Mathematically it was not over of course, but their superiority had an almost draining effect on the rest of the Premier League. Their final points tally of 100 was a staggering feat of dominance, but the early signs so far, indicate they are not likely to repeat this again in 18/19.

Against Wolves and Newcastle they were confronted with stubborn teams with a fairly direct approach. Their midfield looked like it didn’t have the gas to get into gear and strangle the opposition with that frenzy of passing trademarked by Gaurdiola. They did it so often last season, but have looked jaded and labored in their efforts so far.

A closer look at their team is quite revealing as to why they may be struggling to find their groove. An average squad age of 26 is healthy enough, but this figure does mask the fact that their core contingent is either ageing or bowing under an intense workload.

David Silva, Fernandinho, Aguero, and Vincent Kompamy are now all thirty years old or over, while even some of their younger players will be suffering from tired legs. Bernardo Silva for example has played 134 times since 2016 for club and country. It’s little surprise then that they may be a little sluggish early on in this campaign.

Liverpool are in the same boat, albeit with a much younger squad. Players like Firmino, Salah and Milner have all played an awful lot of games and at such a high intensity. Henderson did not look at all ready for the onslaught thrown at him by Leicester last weekend, understandable when you consider he was at the World Cup for it’s entirety as well as Liverpool’s grueling Champions League campaign.

With such a heavy workload already taking its toll, this season’s title contenders could well be hamstrung by fatigue at crucial times. City have already lost Kevin De Bruyne to a lengthy injury and Dejan Lovren has been suffering from an abdominal complaint he soldiered on with for Croatia at the World Cup.

Spurs too have the likes of Kane and Dele Alli, crucial components of their squad, who played throughout the summer. Kane looked exhausted with England in Russia, and will hope to avoid burning out this season as the pressure is cranked up on his team to compete once more, for the big prizes. With his team likely to be stretched thin after a fruitless summer of recruitment, they too will be under the same stress tests as Liverpool and City.

All of the club’s competing at the top will point to their squad depth in the hope that they can swerve this bumpy road. City are yet to really deploy Leroy Sane or Riyad Mahrez to full effect and Fabinho is yet to kick a ball competitively for Liverpool. However with so much football to be played, with so much at stake, don’t discount the effect of knackered legs on the title race this season.