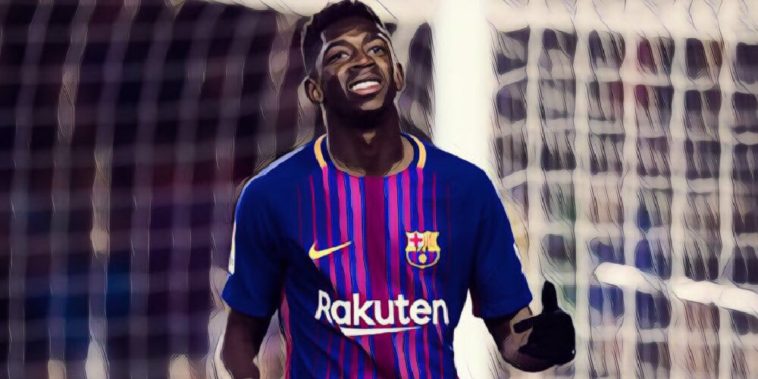 When Paris Saint-Germain activated Neymar Jr’s buyout clause in the summer of 2017, they sent the world of football transfers into a tailspin.

Almost three years on we are still feeling the shock waves of a saga that left Barcelona humbled and shell shocked. While they pocketed £200 million they were left to contend with a cavernous hole in their forward line whilst dealing with a market that knew they were flush with cash.

As so often happens in such circumstances, the feelers shot out in every direction and even the most tenuously linked player became a viable transfer target. A panic buy was always on the cards. Cue a whopping £135 million move for Borussia Dortmund’s talented young French star Ousmane Dembele.

Two and a half seasons on and the Frenchman’s transfer has, in all honesty, more resembled a panic stricken purchase than a calculated coup.

He has not settled in well by all accounts and has made headlines for the wrong reasons via a combination of frustrating injuries, refusal to toe the line with the club’s nutrition guidelines, missing medical scans and a training match. The latter two were swatted away as a mere misunderstanding, but it has not been a happy union for either party since that staggering transfer from Dortmund.

As the rumour machine begins to spark into life, there is strong talk of Premier League interest for the unsettled winger.

Despite the negative press that has followed Dembele, high flying Liverpool are one of the clubs reported to be strongly favouring a move. At a reported cost of what would be a club record deal of £80 million, Jurgen Klopp could snare a player he is allegedly very keen on and a closer look at their stellar season suggests they could actually use another sprinkling of raw pace and power in their ranks.

Before the cease fire brought about by the Covid-19 pandemic, it would be fair to say that, given their own lofty standards, Liverpool had been on a bit of wobble.

They huffed and puffed against West Ham before surrendering their record-breaking winning run at lowly Watford, went out of the FA Cup to Chelsea’s second XI, before crashing out of the Champions League. Results can get bumpy even for the best of sides, but one of the more sobering elements of this run was the depleted options that Klopp has had at his disposal to reverse things when they went south.

Divock Origi’s star has shined brighter than anybody would have thought possible. However, his Champions League heroics of last season are getting more and more distant and his goal return has been poor of late. In addition, Xherdan Shaqiri has struggled with injury for most of the season, as has the fragile Naby Keita – who has been a real let down for the Liverpool supporters since his protracted transfer was concluded in 2018.

Klopp has still been able to call on the likes of Alex Oxlade-Chamberlain, who has impressed, but Adam Lallana’s attacking days at the highest level are done, whilst Takumi Minamino is still a work in progress. All of this has served to swell the workload expected of Roberto Firmino, Mo Salah and Sadio Mane, who have all looked a little weary at times this season.

Dembele’s dazzling pace, aggressive runs and clever feet, coupled with his instinct to nip in from wide areas makes him a viable option for Liverpool to consider on either flank of their front three attack. At times, in Barcelona’s disciplined possession based game, he has been a little bit of a square peg in a round hole, as his more flamboyant instincts have been culled for the greater good of the team.

His return of 19 goals and 17 assists for Barcelona is not a disgrace when you consider he has not always been able to play in his natural role. However, he would be given this freedom under Klopp and would likely thrive in a more counter-attacking, rapidly transitioning style of play.

Dembele would offer one hell of an option to rotate with either Sadio Mane or Mo Salah either as an impact sub or to share the load across a lengthy season. And the question would be asked as to whether such a fee should be paid on a squad player; Liverpool need only glance over their shoulder for an affirmative reply.

Manchester City have squad depth that has allowed them to remain competitive on all fronts. They may have dropped beyond the horizon in this season’s title race, but are still on course to retain the FA Cup and progress in the Champions League, should either tournament restart in earnest. They have also already retained the EFL Cup this season.

Whilst domestic knockout competitions should not be the primary pursuit of big clubs, the fact is that City are able to select from attacking squad players such as Riyad Mahrez, Bernardo Silva, Gabriel Jesus, Ilkay Gundogan and Phil Foden; Liverpool are simply nowhere near that level of staggering depth yet.

There is one issue that is hard to ignore if Klopp sanctioned a move this summer. Dembele has a questionable injury track record to say the very least. Indeed, he has completed 90 minutes on just 10 occasions since his big money move from the Bundesliga with his most recent hamstring layoff in February ruling him out for six months. While such an alarmingly low number can be mitigated by the Frenchman’s role as a squad player at the Camp Nou; it does throw up a huge caveat for any club looking to make a move on a player who is reliant on pace and power on the field.

However, if Liverpool could manage the player carefully through a season, as they have done with the likes of Oxlade-Chamberlain and Joe Gomez they may be able to get around the issue. In addition, Klopp’s world class man-management style may succeed in getting the best from a 22-year-old who has not exactly been feeling the love in Catalonia of late.

Such a player represents a considerable gamble but with Liverpool’s new found riches and burning ambition to defend their position at the summit of the English game, they must have a squad that is fit for the task. Dembele could fire at Anfield and it may be a maverick move that pays off for the European champions in the seasons to come.