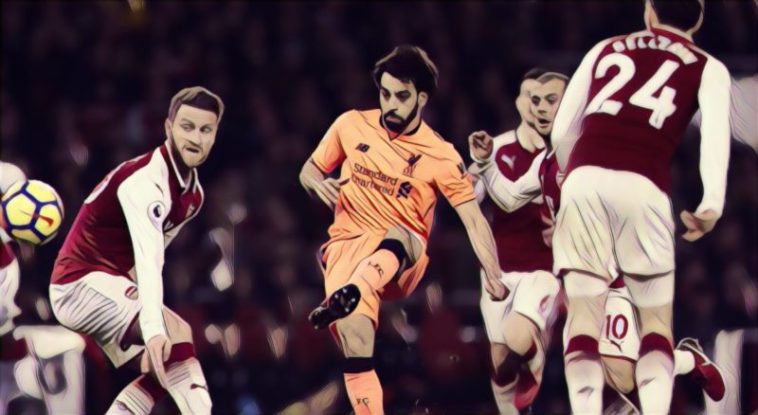 At 17:30 on Saturday afternoon all eyes will be trained on The Emirates Stadium as Liverpool visit Unai Emery’s in-form Arsenal.

It’s traditionally a fixture for the purists, and you’re almost guaranteed goals, with 147 of them between the two teams since 1992. On top of the usual goal fest, this game promises to be the most intriguing fixture of the season so far, with plenty already at stake for both sides.

Liverpool will be putting their unbeaten run to the sternest of tests on Saturday. Arsenal are unbeaten in eight Premier League fixtures, winning seven, and despite dropping points against Crystal Palace last time out, their tails will be up.

The Reds will have to be at their brilliant best if they are to come away with all three points. Any sluggishness or sloppy play, which has reared its head at times, in recent weeks, will need to be snuffed out.

Part of the hype and interest in this game comes from the dugout. Both managers have a reputation for going at it full throttle.

Emery has got Arsenal playing some high tempo, intricate attacking play. Their third goal against Leicester City was a thing of real beauty, with pretty much the entire attacking contingent involved, a goal of the season contender already.

Confidence is clearly sky high. Ozil seems to have rediscovered his mojo, pulling the strings and orchestrating attacks in a way that a player of his class should. Liverpool will do well to shut him down, as he will no doubt be unleashed once again on Saturday.

Klopp though is similarly unbending from his commitment to attacking play. While his famed high press has not been as prominent so far in this campaign, his side have still managed 20 goals in their opening 10 games and still look deadly at times in the build-up.

His previous encounters with Arsenal have been pretty fruitful as well, winning three, drawing two and scoring seventeen times. He’s unlikely to go in with a conservative approach with such a record.

It’s less than a year since the epic 3-3 draw between the two teams, but they are both much changed since. Alexis Sanchez and Philippe Coutinho have departed and this will be of course be the first Wenger-free fixture in over two decades. Both teams then will want to use this game to put down another marker on their respective progression meters.

Arsenal’s recent run has caught the attention and admiration of many. While it’s important to beat the teams below you, it’s their record against their top six rivals that will ultimately show how far they have come under Emery. The Spaniard will be all too aware of this, having already lost to Man City and Chelsea this season.

The pressure is more on Liverpool to win this one though. Man City continue to show no signs of weakness. They have matched Liverpool blow for blow so far after 10 games, and have already opened up a lead in the goal difference column. The Reds, therefore, must continue to show their own title credentials as they battle The Gunners in their own backyard. As tough as it will be, they need all three points to keep the pressure on the Champions.

Too close to call

If Arsenal play their usual game, Liverpool will get chances, exposing the high line favoured by Emery. Their pressing game can also stifle the likes of Ozil and Ramsey, but they may well get more joy from Granit Xhaka who looks easily flustered when crowded around.

Arsenal have also proven that they can press when required which may throw an extra dynamic into the match. In Pierre-Emerick Aubameyang, they also possess one of the most confident and in-form players in the Premier League. Klopp will not need any reminder of his former player’s abilities having worked with him at Borussia Dortmund.

If Liverpool’s defence can continue its recent top-class form, it just may give them the mental advantage on the day.  Whatever happens in North London, it’s likely to be well worth the hype and a very pleasant way to spend 90 minutes for the neutrals.