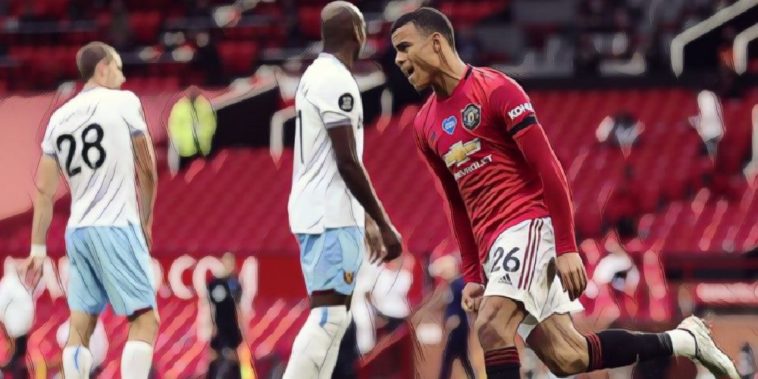 Here’s all you need to know about Saturday’s clash at the London Stadium:

The Hammers made it a third successive win in the Premier League on Monday night, as they edged past fellow claret and blues, Aston Villa, despite a number of controversial VAR decisions.

David Moyes’ side were not at their best, yet goals from Angelo Ogbonna and Jarrod Bowen were enough to see them past the visitors, as an Ollie Watkins missed penalty, and an extremely tight offside call went against the former Brentford striker in stoppage time to deny Villa an equaliser.

That late, late decision was incredibly harsh on the away side, with Watkins seemingly onside to the naked eye, while he also perhaps deserved a penalty with Ogbonna appearing to pull him back inside the box.

Just when you thought VAR couldn’t get much more unfair, Ollie Watkins’ equaliser gets disallowed because his arm is offside, but it’s only there because Ogbonna is fouling him and he’s trying to escape 😂

Nevertheless, West Ham hung on for all three points to continue their impressive start to the season, which has seen them move into fifth place after picking up five wins from their opening ten Premier League games.

With Moyes’ former club Manchester United to come, the Hammers will be hoping to continue their excellent displays against the ‘big six’, after already holding Manchester City and Tottenham to draws so far this season, while also putting in a courageous display in the 2-1 defeat to Liverpool back in October.

With Saturday’s game in mind, David Moyes should be able to welcome back wideman Andriy Yarmolenko after he tested positive for coronavirus earlier this month, while the game should see the welcome return of supporters, with up to 2,000 Hammers fans able to attend the match.

Like their upcoming opponents, United clinched a third successive Premier League win at the weekend, making it their fourth consecutive away win in the league, despite having gone behind in all four matches.

While there’s been some dramatic showings on the road for Ole Gunnar Solskjaer’s men this season, last Sunday’s clash with Southampton was by far the most impressive, as the Red Devils came from two goals down to claim all three points courtesy of a stoppage-time winner from substitute Edinson Cavani.

The Uruguayan entered the fray at half-time with United trailing and had a stellar impact, the former PSG man teeing up Bruno Fernandes for his side’s first, before showcasing his renowned predatory instincts with two fantastic headers that steered Solskjaer’s side to an unlikely victory.

Manchester United were 2-0 down at half-time vs. Southampton:

That comeback win means United are now just five points behind leaders Tottenham with a game in hand, as they enter a vital period of the season that includes a Manchester Derby, a Carabao Cup quarter-final and the ongoing battle to qualify for the Champions League knockout stages.

As for the weekend, Solskjaer should have Anthony Martial back fit after he missed the trip to St. Mary’s with illness. Sunday’s hero Cavani faces an agonising wait to see if he will be handed any punishment by the FA for a now-deleted Instagram post that contained a potentially derogatory term.

United did however suffer a disappointing defeat to Paris Saint-Germain in midweek, with Neymar bagging a brace and Fred being sent off to take the fight to qualify for the knockout stages to matchday six. That defeat at Old Trafford also saw Marcus Rashford withdrawn after suffering what looked like a recurrence of his shoulder injury.

The hosts went into the match having just been soundly beaten in the FA Cup semi-final clash with Chelsea, as Ole Gunnar Solskjaer rested a number of key men at Wembley with the game with the Hammers in mind, in order to bolster their hopes of a top-four spot.

Unfortunately for Solskjaer, that decision didn’t pay dividends as David Moyes’ side were awarded a penalty in first-half stoppage time, as a Declan Rice effort struck Paul Pogba’s hand after the Frenchman foolishly raised his arms, with Michail Antonio converting from the spot.

The home side were sluggish throughout yet did find a way back into the match, as Mason Greenwood marked his 50th appearance for the club with a well-taken finish to draw United level.

The visitors had the better chances late on with Rice seeing a fierce effort just about miss the target, while a Jarrod Bowen deflected effort forced a good save from David De Gea, though they couldn’t quite do enough to grab a winner.