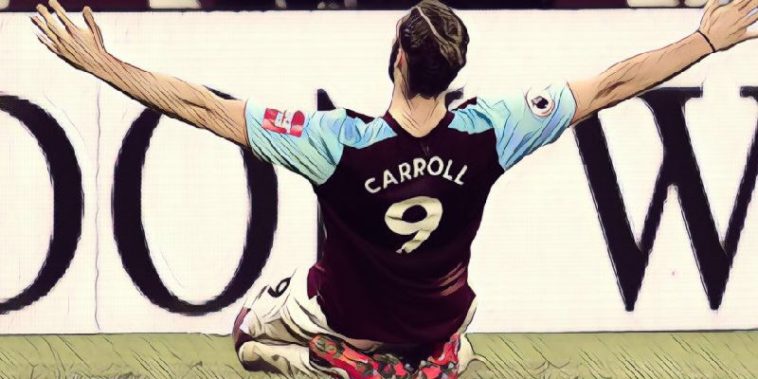 West Ham can stay up

West Ham beat West Bromwich Albion 2-1 to move out of the Premier League’s bottom three, taking an important step towards possible safety. Home form will be key to the Hammers survival chances, and Tuesday night’s victory, over fellow strugglers WBA, was highly important.

After losing their last home fixture to Newcastle, the victory was all the more important as it keeps the Baggies below West Ham. During January, West Ham have home games against Bournemouth and Crystal Palace, both of which are likely to be tense six-point affairs.

Having lead the line for the Hammers for the last five years, this season has been Carroll’s leanest in terms of goals scored. His brace last night were his first goals of the season. Keeping him fit for the rest of the season could also be key to West Ham’s survival chances, although his injury record would suggest that that may be easier said than done.

Carroll can score important goals, and last night’s match was yet another example of the striker’s prowess in front of goal. Hammers fans can only hope there are more goals to come.

Moyes may have found some form

After a shaky start, David Moyes tenure as West Ham manager has certainly taken on a positive turn. The Newcastle defeat aside, the Hammers recent form has been good and they should have beaten Bournemouth away on Boxing Day. Three points from that game and the Hammers would be in mid-table by now.

The team look more organised and far more threatening when they go forward. Under Slaven Bilic the Hammers had lost their form all together. Moyes has galvanised the team and they now look like a club that will survive the forthcoming relegation battle.

Pardew has his work cut-out

West Bromwich Albion are on a terrible run of form and last night’s defeat leaves them rooted in the relegation zone in 19th place. Pardew has a tough job on his hands to keep the Baggies in the Premier League, and many fans may already be ruing the decision to sack Tony Pulis, a manager who is an expert at keeping teams up.

WBA played well last night at the London Stadium; they scored a good first half goal and had chances to score again in the second. Their problems are upfront, as they don’t look like scoring too many goals. Pardew will want at least one new striker in the January transfer window.

The relegation battle is exciting

Manchester City look like they have the Premier League title sewn up, so all the excitement is at the other end of the table. The entire bottom half of the Premier League could all go down as there are only a few points separating all the teams. Anyone able to string two or three wins together, on the spin, can move up the table and start challenging for the Europa League. I expect West Ham to stay up, West Bromwich to go down and the battle to go on to the last day of the season.