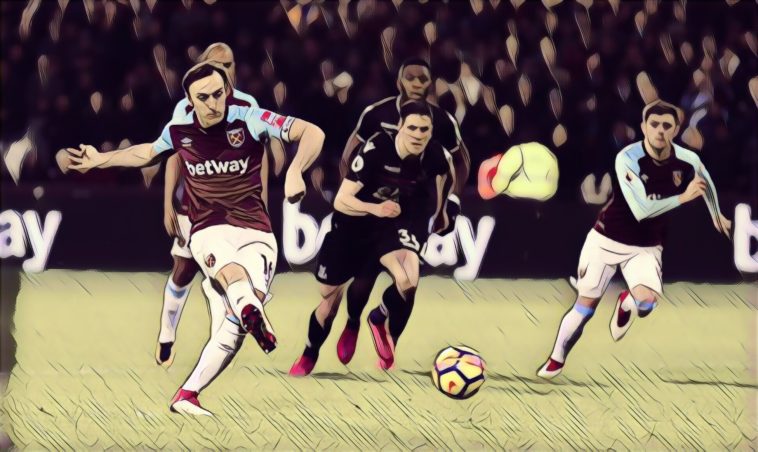 A hard fought London derby ended in a stalemate and a point a piece for the two in-form teams. Here are five things we learned.

West Ham are short on numbers

Even so, the Hammers battled well and deserved the hard-earned point. However, their lack of fire-power upfront means they urgently need to get a forward and another midfielder before the transfer window closes tonight.

Judging by past transfer windows, the chances of West Ham getting these players is slim, as the owners are always reluctant to pay the asking price and continually seek to arrange unrealistic loan deals.

Playing upfront for most of the game, alongside Javier Hernandez, Mario looked confident on the ball and seems to have settled into the West Ham team very quickly.

More performances like this will be needed if the Hammers are to collect the points necessary for a successful season’s finale.

When a team is relying on the misfiring Christian Benteke to score their goals, they are definitely in trouble. Last season, the former Liverpool and Aston Villa centre forward looked confident in front of goal scoring 15 league goals, but this term he has netted only twice, including last night’s opener.

With wingers, Zaha and Townsend, supplying plenty of crosses, Crystal Palace are desperately seeking to bring in at least another forward before 11pm tonight, when the transfer window shuts.

Both teams are in-form

A draw was a likely outcome to last night’s fixture as both West Ham and Crystal Palace have both been in a rich vein of league form of late.

Since losing 3-2 at home to Newcastle United in December, the Hammers are unbeaten in six Premier League games, recording four draws and two wins.

Crystal Palace on the other hand have only lost twice in their last 11 Premier League outings, both of which were to Arsenal.

West Ham captain Mark Noble scored his 50th goal for the Hammers last night and his third of this season. Proving yet again that he is the man to take important penalties and lead the team by example.

Noble seemed to win most challenges last night and his passing accuracy was second to none. Although many fans have derided his lack of pace and commitment in recent seasons, last night’s performance confirmed that the Hammers are a much better team with their home-grown skipper in the line-up. Long may it continue!